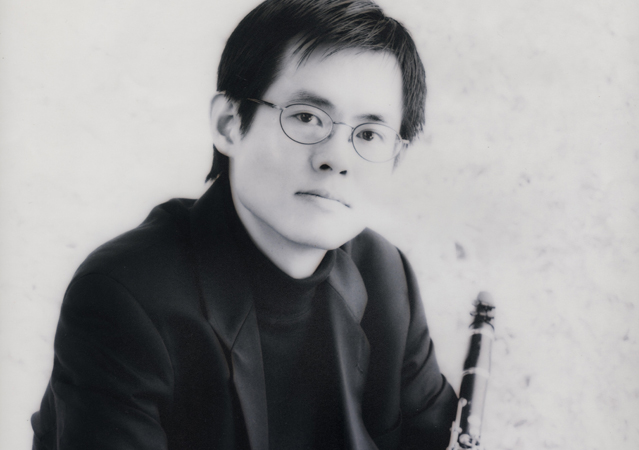 Currently teach at the music department of National Taipei University of Education as a full-time professor and band director, adjunct professor at the National Chiao Tung University Music Institute and the Department of Music, Chinese Culture University.

Received a master degree in clarinet performance from the Peabody Institute in 1995, and DMA degree from the University of Minnesota in 1998.

He performs frequently in the National Concert Hall in Taipei and cultural centers in Taiwan, and invited to perform clarinet concerto with many orchestras. He also invited perform with many Windband as a conductor, and invited to be adjudicator in music competition frequently.

In 1999, Singapore Art Association invited him to perform chamber music with members of the Singapore Symphony Orchestra. In the same year, National University of Singapore invited him to held clarinet recital and master class in the art center . In 2001, he formed the Elite trio, with pianist Jasmine Chiang and cellist Chen Jianan touring performed all major cities in Taiwan and Singapore.