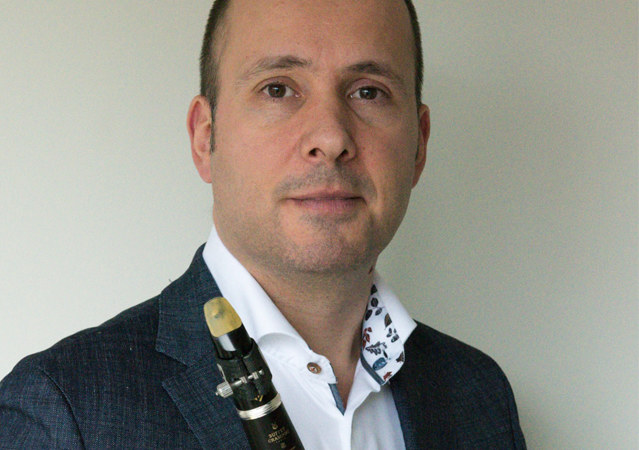 Principal Clarinet at Royal Symphonic Band of the Belgian Guides

Bart Watté (°1979 Gent, Belgium) holds Master’s Degrees in both Clarinet Performance and Orchestral Conducting from “LUCA School of Arts” in Leuven. He studied clarinet with Eddy Vanoosthuyse and took part in Master Classes with Robert Spring, Howard Klug, Wenzel Fuchs and Thomas Friedli. Currently, he is one of the principal clarinets of the “Royal Military Band of the Guides” in Belgium, and an active guest soloist, studio musician and clinician. As an author, he has published several pedagogical articles in the Dutch magazine “De Klarinet”.

He studied orchestral conducting with Edmond Saveniers and Ivan Meylemans, and is frequently invited as a guest conductor with different ensembles to conduct his own compositions. As a composer, he is entirely self-taught. Having closely studied the music of the great composers of past centuries, his music is firmly rooted in classical/romantic traditions, but has been influenced by film, folk and electronic music. His compositions, ranging from chamber music to orchestral music, are gaining interest and have been performed and recorded internationally.