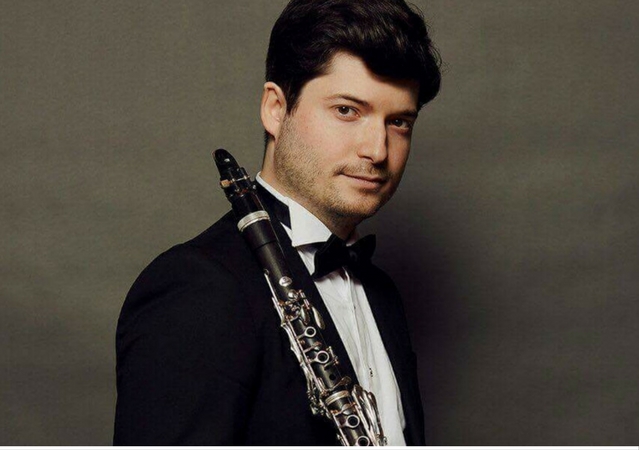 Nikita Vaganov was born in Moscow in 1988. He began to study the clarinet at the age of seven at the Rostropovich Children’s School of Music (classes of Vladimir Tupikin and Andrei Andreyev). He continued his professional education at the Gnessins’ State Music College under Vladimir Ferapontov, a Bolshoi Theatre soloist and Honoured Artist of Russia, and later at the Musikhochschule Lübeck (Germany) under Professor Reiner Wehle. In 2010–2011 he continued his studies at the Real Conservatorio in Madrid (Spain) under Adolfo Garcés. In 2014 he finished Master Degree at the Musikhochschule Stuttgart (class of Professor Norbert Kaiser). Has taken part in master-classes given by such maestri as Sabine Meyer, Eduard Brunner, Vicente Alberola and Sergio Bosi.

The musician has been a prize-winner at several competitions:

The performer has collaborated with various youth orchestras and festivals including the IRO International Youth Orchestra (Ochsenhausen, Germany), the Baltic Youth Orchestra directed by Kristjan Järvi, the Oberstdorfer Musiksommer festival (Germany). He is a member of a Russian-German Academy since 2014 and performed as a chamber musician in Beethoven Festival in Bonn (2016). Since 2013 he has been a soloist of the clarinet section of the Mariinsky Orchestra directed by Valery Gergiev.