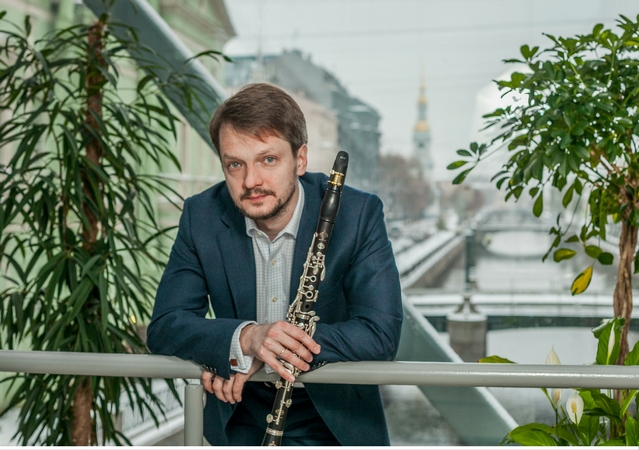 Clarniet soloist of the Mariinsky Orchestra

Ivan Stolbov was born in Leningrad and in 2000 he graduated from the St Petersburg State Rimsky-Korsakov Conservatoire, subsequently undertaking an assistant traineeship there (class of Professor Valery Bezruchenko). Perfected his skills at the Hochschule für Musik Detmold under Hans Dietrich Klaus, and has taken part in master-classes of leading European clarinettists including Antony Pay, François Benda and Alessandro Carbonare as well as taking part in chamber music courses under Aurèle Nicolet and András Schiff.

In 2013 Ivan Stolbov graduated from the St Petersburg Conservatoire as a conductor, conducting concert programmes at the Mariinsky Theatre from the same year and as an opera conductor he made his debut in November 2014 with Mozart’s Così fan tutte.