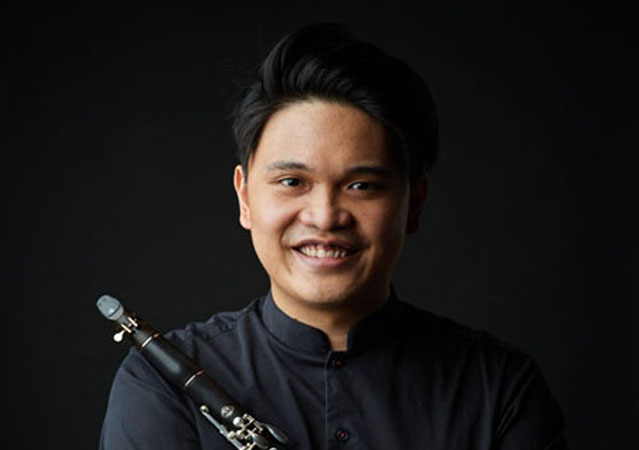 He frequently appears as a soloist with the Philharmonic Winds, Philharmonic Youth Winds and the Singapore National Youth Orchestra. In early 2021, Ralph was regarded as the highlight of the evening when he performed the Brahms Clarinet Quintet with Concordia Quartet:

With numerous awards and accolades under his belt, Ralph has also won the 2017 and 2015 Singapore Clarinet Festival with CLARQuinet, and the second prize at the 2015 Prof. Dichler International Competition in Vienna. Additionally, he was awarded a Distinction in the Royal College of Music Woodwind Concerto Competition in London.

Ralph currently plays on a 2021 limited edition Légende in Mopane by Buffet Crampon, 74/85.