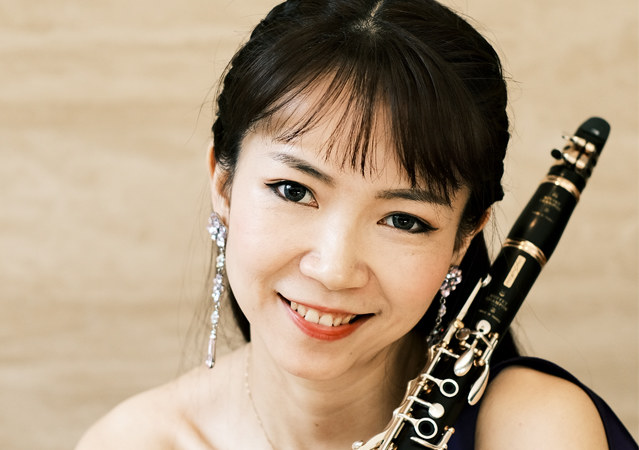 Maestro Charles Dutoit after two concerts with Martha Argerich and Shangghai Symphony Orchestra gave a very high compliment to Le’s playing “ fantastic solid sound and beautiful interpretation of The pines of Rome, she is an absolute world class musician ”. Shanghai Symphony Orchestra’s world tour 2019 in Usher hall Edinburgh, was rated four star by The Herald Scotland, they particularly highly praised Dai Le’s performance as the first clarinet “were the perfect partners for the soloist’s perfectly projected, even-toned account of the work” .

Dai Le entered the middle school attached to the Central Conservatory of Music in 1999. From 2003 to 2004, she took the position of principal clarinetist of the China Youth Symphony Orchestra. During 2004 to 2008, she successfully honored a full scholarship to study in Yong Siew Toh Conservatory of Music, National University of Singapore under Ma Yue, the principal clarinetist of Singapore Symphony Orchestra. In 2006, Le got a full scholarship to study exchange program at the Peabody Institute of John Hopkins University. During the time she studied in Singapore, Dai Le won the first prize of the first Singapore National Clarinet Competition in 2007, and 2nd prize in chamber music division from the same competition. In the same year, her woodwind quintet won the second prize in the 9th Asian Symphony Band Competition Thailand.

In 2013, she was awarded as Master of Arts in Clarinet Performance with distinction (Konzertexamen mit Ausgezeichnung) at the University of Music and Performing Arts Graz under Professor Stefan Schilling, the principal clarinetist of the Bavarian Radio Symphony Orchestra.