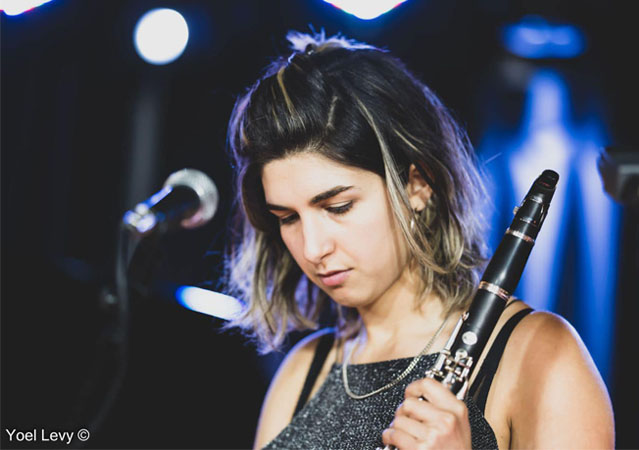 Hillai Govreen is a clarinetist, saxophonist and composer based in New York/ Tel Aviv. Her debut album “Allusions” is a duet with pianist Nitsan Kolko. Their duet feature spontaneous musical dialogue and alludes to various ancient fables. In addition, Hillai is working on arranging music for a nonet consisting of strings and woodwinds.

Hillai played and collaborated with international musicians including Arturo O’farill, Allison Miller, Anat Cohen, Joseph Pepe Danze, Gino Sitson and Harold Rubin. She has toured in Europe, Israel and the U.S. Graduated with honors from The New School for Jazz and contemporary music in 2020, Studied with Anat Cohen, Chris Cheek, Tony Malaby, Steve Cardines, Reggie Workman, Mike McGinnis and others. Born and raised in Israel her love for music was triggered at an early age. She started playing classical piano at the age of 6 and when she was 12 she picked up the clarinet and studied under Professor Michael Gurfinkel. Throughout high school she was awarded musical scholarships from the American Israel cultural foundation 4 years in a row and played first clarinet in the young Israeli philharmonic orchestra. She was awarded “outstanding musician” by the IDF and was accepted with a full scholarship to study at the “Barenboim Saiid” academy in Berlin.