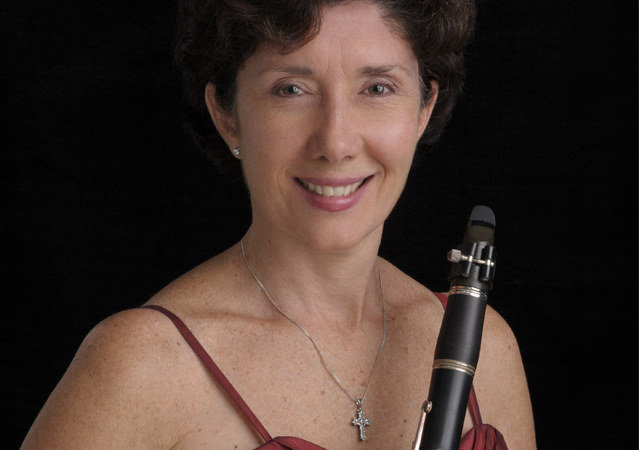 Lecturer of Clarinet at University of North Texas

Ms Fabian has been featured as a soloist with a number of ensembles including the Dallas Winds, Texas Chamber Orchestra and Plano Symphony Orchestra.

Deborah has performed with numerous ensembles throughout the United States, Canada, and Europe. She is a frequent guest clarinetist with the Dallas Symphony Orchestra and the Dallas Opera Orchestra. Deborah has recorded and been invited to perform with the Dallas Symphony Orchestra on a number of their European tours, Carnegie Hall, „Bravo Vail Valley Music Festival,“ Vail, Colorado and the „Festival de Sole,“ Napa Valley, California.

As Concertmaster and a founding member of the Dallas Winds “Dallas Wind Symphony,” Deborah has performed and recorded extensively with this internationally acclaimed group which has recorded 23 CD’s since its founding in 1985, several of which have been Grammy-nominated.

Many of her students have gained international recognition for their high honor achievements in Music competitions such as „From the Top“, The International Clarinet Association, the Rising Talents in America Chamber Music competition and the National Foundation for Advancement in the Arts. Many of her former students hold prominent positions in education, professional ensembles and symphony orchestras.