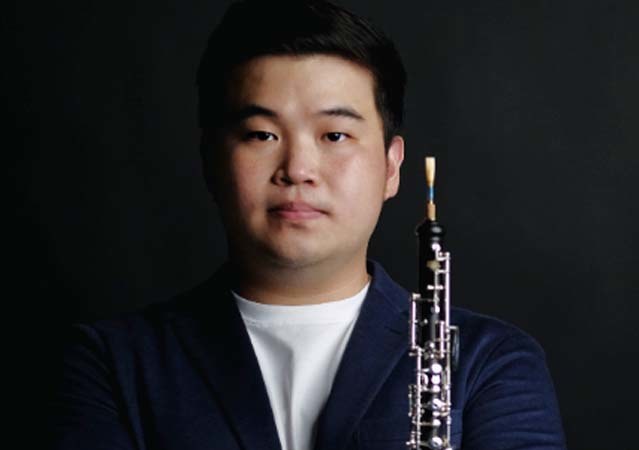 Singaporean musician Simon Lee is the Principal Oboist of the Sichuan Symphony Orchestra, an appointment he has held since 2017.

Simon graduated with a Bachelor of Music (Honours) from the Yong Siew Toh Conservatory of Music, National University of Singapore, under the tutelage of Ms. Rachel Walker (Principal Oboe, Singapore Symphony Orchestra); and, during the course of his studies, was selected for the Student Exchange Programme at the prestigious Haute Ecole de Musique de Lausanne, where he studied with Jean-Louis Capezzali.

Prior to his undergraduate studies, he was Principal Oboist of the Singapore National Youth Orchestra (with highlights including concert tours to the Aberdeen International Youth Festival in 2011 and to the Berlin Euro Classic Festival in 2012); as well as Principal Oboe of the Asian Youth Orchestra for their 25th anniversary tour, and an esteemed member of the YouTube Symphony Orchestra in 2011 – the only Singaporean to be thus selected – resulting in the unprecedented honour to perform with the ensemble in Sydney.

Other triumphs include the 2nd prize at the Conservatory Concerto Competition 2014.

We are proud to welcome Simon Lee as he joined the Buffet Crampon family in 2020.