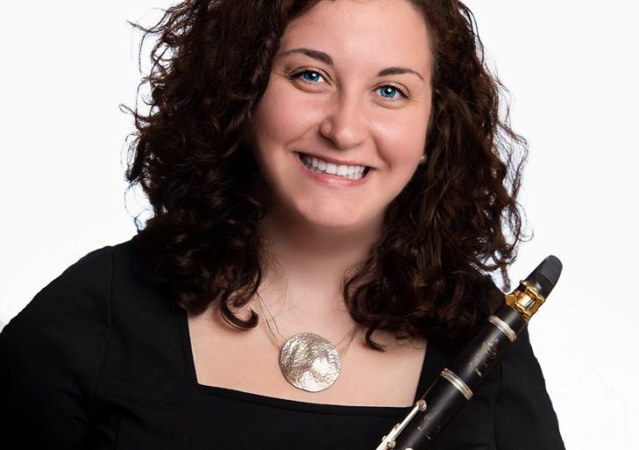 Clarinetist Vanessa Davis is on the faculty of Stephen F. Austin State University. She is in demand as an instructor and clinician throughout the Dallas-Fort Worth Metroplex and the United States. Under her guidance students have been admitted to top music schools and summer festivals around the country. They have garnered numerous awards and honors at the state and national levels. She plays 2nd/Eb clarinet with the Mesquite Symphony Orchestra and bass clarinet with the Lone Star Wind Orchestra. She has performed at Carnegie Hall, the Meyerson Symphony Center, and Symphony Hall in Boston, among others. She has performed with orchestras and chamber groups around the Boston Metro, Finger Lakes, and Dallas Fort-Worth areas.

As a soloist, she has performed throughout the United States, Europe, and Canada. She has been invited to perform and lecture at numerous national and international conferences including but not limited to the International Clarinet Association Conference, European Clarinet Festival, and Gran Canaria International Clarinet Festival. In an effort to contribute to the repertoire of new music for the clarinet, she has commissioned several works for clarinet alone which will appear on her album of unaccompanied clarinet repertoire.

As a writer Dr. Davis has contributed to notable journals such as The Clarinet (International Clarinet Association) and Symposium (College Music Society) among others. Her scholarship focuses on concept-based pedagogy in the private music lesson. Her book, Successful Studio Instruction: A Guide to Concept-Based Pedagogy, is in progress.

​Dr. Davis graduated from the University of North Texas with a Doctor of Musical Arts in Clarinet Performance. Her dissertation, “A Concept-Based Pedagogy Approach to Selected Unaccompanied Clarinet Repertoire” won the Toulouse Dissertation Award in Fine Arts. The document addresses the benefits of concept-based pedagogy in producing students able to think and create, rather than reproduce. She studied with Dr. Kimberly Cole Luevano, Richard MacDowell, Dr. Elizabeth Gunlogson, and David Seiler. Dr. Davis performs exclusively on Buffet Crampon R-13 Bb, A, and Eb clarinets with Wodkowski mouthpieces, and Ishimori ligatures. She currently resides in Dallas with her husband, Kyle, and their dog, Charlie.