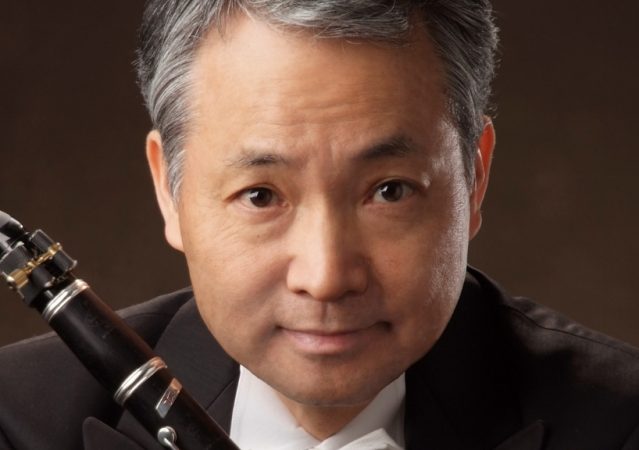 Seiki Shinohe studied at Tokyo University of the Arts and while he is in the university he won the Japan Music Competition. At the first Brahms Competition, he received 1st prize and special award in trio section. His performance of Mozart concert was recognized by Herbert von Karajan and he got a chance to study at Karajan Academy in Berlin in 1974. He studied with Prof. Karl Leister and played for Berlin Philharmony as a contract player to play their subscription concerts as well as at Saltsburg Festival. From 1975 to 1995, he played as the solo clarinet player at Nordwestdeutsche Philharmonie and Berliner Sympnoniker. After returning to Japan, he was the principal clarinet of Yomiuri Nippon Symphony, till 2011. He has performed with numerous conductors such as H.v Karajan, C. Abbado, S. Ozawa and Sir S.Rattle. Besides these performances, he also played with other orchestras and festival, such as Saito Kinen Orchestra, Mito Chamber Orchestra, Kusatsu Summer Music Academy. He has rich experiences as soloist, chamber music and orchestra works.

In 2012, he was invited to 40th anniversary of Karajan Academy, he played Bruchner symphony #8 under the batton of Sir S.Rattle. He has several CDs of chamber music from Classic Studio Berlin, TDK, DENON, Camerata Tokyo and Art Union. He is currently a professor at Tokyo College of Music and teaches at Toho Gakuen and Nippon University.