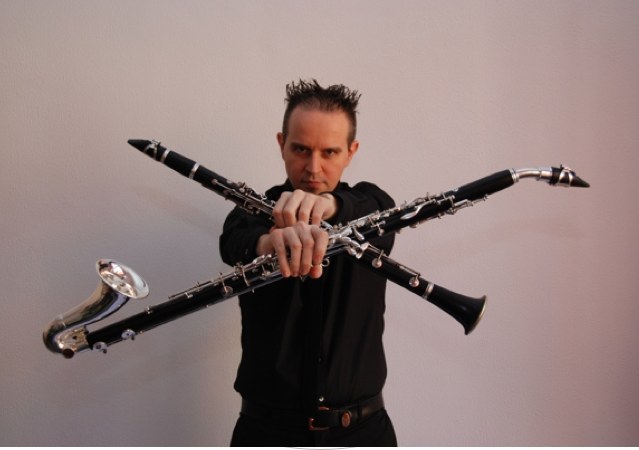 Internationally acclaimed as a virtuoso of the basset horn and as one of the best contemporary music soloists of his generation, he is also active as a painter and as a composer.

In October 2014 he has been awarded the prestigious RubinsteinPrize “Una vita nella musica giovani”at the Gran Teatro La Fenicein Venice together with the composer Salvatore Sciarrino, considered by the critics as a Nobel for music.

Asan18-year-oldhemetKarlheinz Stockhausen,establishing a profound artistic relationship that lasted for more than a decade during which,chosen by the Maestro himself as soloist of his Ensemble, Marelli played World Premières under his instruction and guidance and recorded 3 CDs for the Stockhausen Complete Edition. Stockhausen himsel fled Marelli to devote himself to the basset horn.

A six-time winner of the Prize of the Stockhausen Stiftungfür Musik,other prestigious international prizes he has been awarded include the First Prize at the International Contemporary Chamber Music Competition in Krakow (2004),the Valentino Bucchi clarinet Competition in Rome(2007),the Honorary Logos Award in Belgium (2000), the Jeunesse Musicale auditions (2001),the DESONO association scholarship (from 2001 to 2005) and in 2006 the “Master dei Talenti Musicali”award from the Fondazione CRT,the Prometheus Award for the excellence inculture from the Confindustria Italiana, the International Composition Competition of the Bienale Koper 2012.

He has worked with some of the leading composer so four times, giving world premieres of their compositions mostly dedicated to him,such as Karlheinz Stockhausen,György Kurtàg,Marco Stroppa, Helmut Lachenmann, IvanFedele, FrancoDonatoni, KaijaSaariaho, RebeccaSaunders, FabioNieder, Sylvano Bussotti, Alberto Colla, Luca Francesconi and many others.

His Cds featuring the clarinet and basset horn works by Stockhausen published by Stradivarius and Wergo, immediately become reference recordings and are awarded many prizes by international press and critics such as the ICMA 2014 Nomination (International classical music awards) as best contemporary music cd of 2013, 5 Diapason in France, 5 stelle di Musica, 5 di Amadeus and others.

He plays with the Ensemble musik Fabrik in Cologne. He is a Buffet-Crampon Paris and Vandoren Paris official artist.

He is Professor of clarinet at the Conservatory of Teramo. 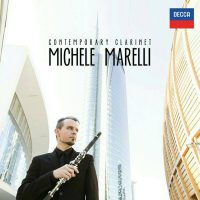