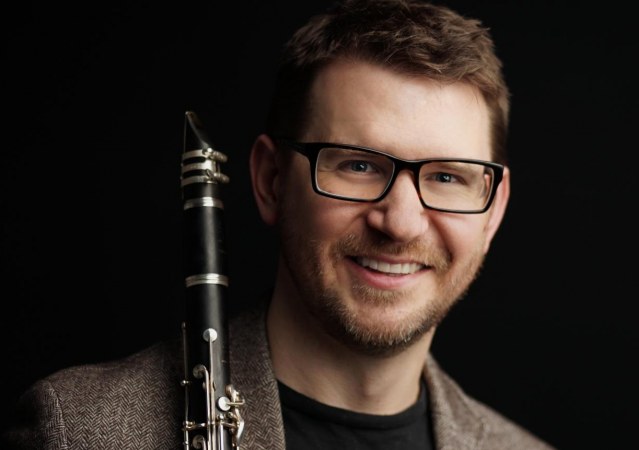 Hailed for his “astounding range and virtuosity” (CD HotList), Matthew Nelson is Associate Professor of Clarinet at the University of Louisville, where he performs with the Louisville Winds woodwind quintet and the Grawemeyer Players contemporary music ensemble. He has performed as guest principal clarinet with the Virginia and Utah Symphonies, and his performances throughout the United States, Europe, and Asia include international competitions and premieres. He maintains an international profile as both performer and pedagogue, with engagements as an invited professor on the faculties of the Beyond the Music International Chamber Music Festival, the Conservatorio Superior de Música de Castilla-La Mancha, and the Curso Internacional “Eduardo Ocón” in Spain. Nelson’s recent solo CD release, Meditations and Tributes, was lauded as “an unreserved success” (Fanfare), demonstrating a “staggering command of the instrument” (textura). He has recorded solo and chamber music for the Soundset, Centaur, Parma, and Albany labels.

Prior to his appointment at the UofL, Nelson held the position of principal clarinet with the Utah Chamber Orchestra (Ballet West). He served on the faculty of Utah Valley University for five years, where he was a founding member of the critically acclaimed Alpine Chamber Winds woodwind quintet. He was a NOVA Chamber Music Series artist from 2011 – 2014, and he also held an artist/faculty position at the Tuacahn Summer Symphonic Institute in St. George, UT. In 2013 he gave master classes and performed at the Instituto para el Desarrollo Musical in Castellón, Spain.

Nelson completed his doctoral work in clarinet performance at Rice University’s Shepherd School of Music in 2009 with his thesis, Morton Feldman’s Clarinet Works: A Study Through the Words of the Note Man. He received an MM in clarinet performance and a BA with distinction in English from the University of  Washington. His principal teachers include Michael Webster, William McColl, Richard Gellman, and Scott Wright.