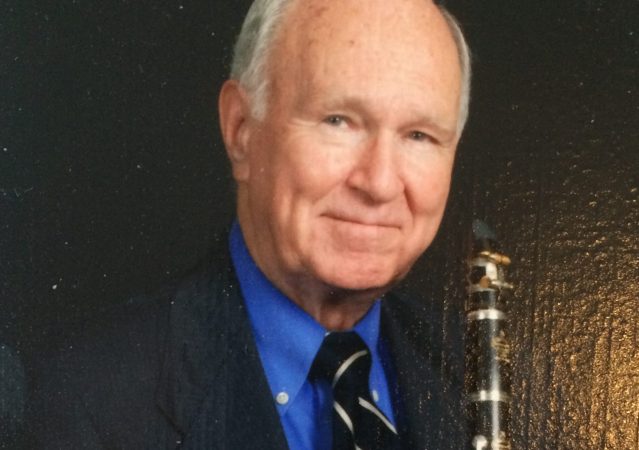 Jerry Neil Smith holds the B.Mus, M.Mus. and the Performers Certificate in clarinet from the University of Texas (Austin), and the Ph.D. from the Eastman School of Music. He has taught at the University of Florida, the University of Colorado, the Eastman School of Music and the University of Oklahoma. He has held administrative positions at the University of Northern Iowa, the University of Oklahoma and California State University, Long Beach.In 1997, after more than thirty years as a faculty member at the University ofOklahoma, Smith retired and was named a President’s Emeritus Faculty member, teaching various courses in the School of Music. Since then, he has taught at other area universities as an adjunct professor.In the fall of 2006, Smith was named Interim Director of the School of Music at the University of Central Oklahoma in Edmond.In December, 1991, Dr. Smith was the recipient of the Governor’s Arts Award foroutstanding contributions to Arts and Education in the State of Oklahoma.He is an active clarinetist, having performed as principal clarinetist with the Oklahoma City Philharmonic for nine years as well as in solo recitals and chamber music performances throughout the country. He was clarinetist with the famed Eastman Wind Ensemble under the direction of Frederick Fennell and has taught and performed at the Shanghai Conservatory in Shanghai, China. A saxophonist as well as clarinetist, he performs both classical and jazz music. He studied saxophone with Sigurd Rascher. Smith continues as principal clarinetist with the Enid (Oklahoma) Symphony and occasionally performs with the Oklahoma City Philharmonic, as well as in various jazz venues in the area.Smith’s compositions include numerous published works for bands and orchestras as well as many unpublished works for various media. He has written a large number of commissioned works and arranges for the Oklahoma City Philharmonic. His composition teachers have included Clifton Williams, Kent Kennan and Herbert Elwell. He was a composition fellow at the MacDowell Colony in Peterborough, New Hampshire, and is a composer–member of ASCAP. Dr. Smith is the founding conductor of the Norman Chamber Orchestra, a professional orchestra specializing in early and unusual works for that medium. The orchestra was created in 1980. He has taught and performed at the well-known Oklahoma Summer Arts Institute at Quartz Mountain, and was formerly Coordinator of Music for the Institute.Jerry Neil Smith is a Buffet Crampon USA Performing Artist