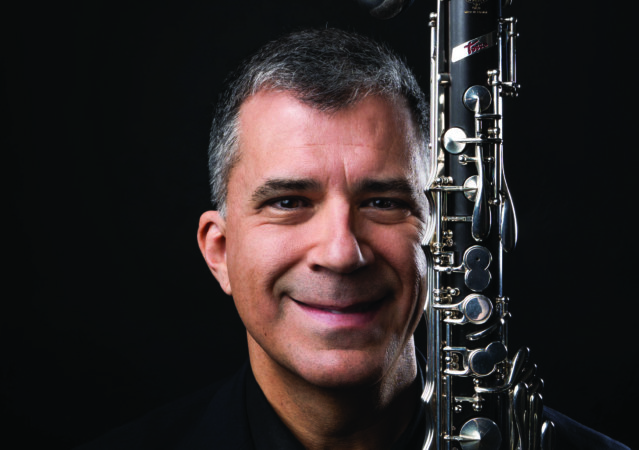 Jerome Simas holds the position of Solo Bass Clarinet and Utility Clarinet with the San Francisco Symphony. He has performed with other American Orchestras including the Cleveland Orchestra, San Francisco Opera, Sun Valley Summer Symphony, Chautauqua Symphony Orchestra, and Naples Philharmonic of Florida. He was a fellow at the New World Symphony in Miami Beach, FL and has held principal clarinet positions with the California Symphony, Oakland Symphony, and IRIS Orchestra. As a chamber musician, he performs on the San Francisco Symphony chamber series at Davies Symphony Hall, with the Sierra Chamber Society in Walnut Creek, and as solo clarinetist with the Left Coast Chamber Ensemble in San Francisco. He won Grand Prize at the Fischoff National Chamber Music Competition, First Prize at the International Clarinet Association’s Young Artist Competition, and was a participant at the Marlboro Music Festival and Tanglewood Music Center.

As a music educator, he is Professor of Clarinet and Chamber Music at the San Francisco Conservatory of Music and has taught master classes in the US, Canada, and China. He is currently a coach with the San Francisco Symphony Youth Orchestra, a mentor and coach with various Bay Area community ensembles, and serves on the board of the Amateur  Music  Network.  He previously taught clarinet at the University of Oregon School of Music and Dance, Stanford University, UC Davis, and the University of Akron. He received his Bachelor and Master of Music degrees from the Cleveland Institute of Music as a student of Cleveland Orchestra principal clarinetist, Franklin Cohen.