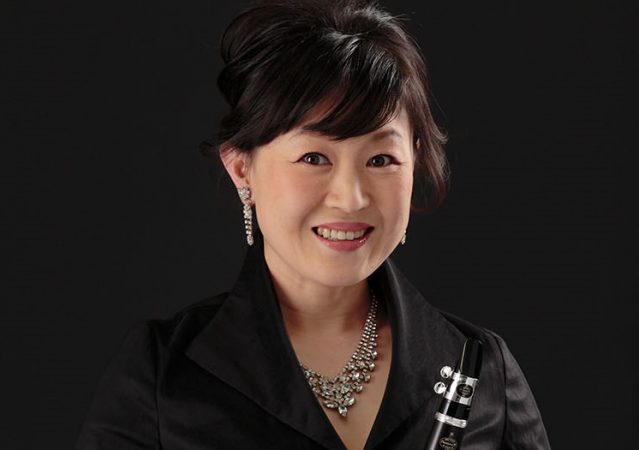 Leader of the Ensemble Paris Normandie

Hisae Kori was born in Hokkaido, She obtained her Bachelor of Arts in Music from Kunitachi College of Music in Tokyo.

In 1998, she won the second prize at Japan Wind and Percussion Competition in Tokyo and also Concours National de la Musique in Paris.

Currently she teaches many school bands in Japan and she plays clarinet many concert hall in Japan.