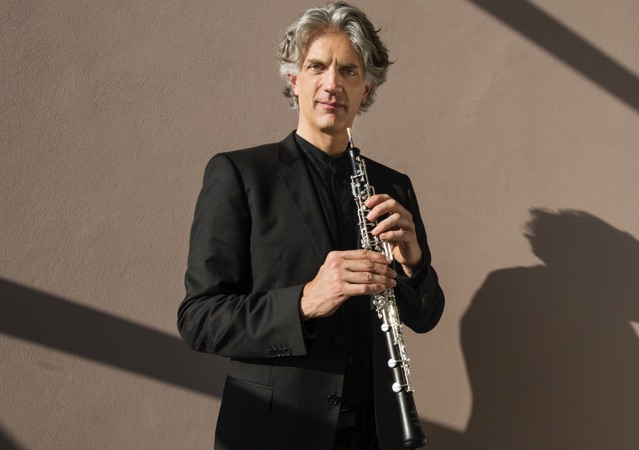 English Horn for the Berliner Philharmoniker

The sound of the English horn has been familiar to him since his earliest childhood: his father was the English horn player in the Bavarian State Orchestra. But Dominik Wollenweber took the long way round to this instrument. He first played the flute and, at the age 14, he took up the oboe, which he studied in Munich with Hagen Wangenheim at the Musikhochschule and with Simon Dent at the Richard Strauss Conservatory.

He made his first contacts with the Berliner Philharmoniker as a scholar of the Orchestra Academy, in which he studied from 1991 to 1993 with Hansjörg Schellenberger. During this time, Dominik Wollenweber was Principal Oboist of the European Union Youth Orchestra under Claudio Abbado. After applying for various oboe positions, he approached the Berliner Philharmoniker to audition for the vacant English horn player position and was hired.

In addition to his many activities in the orchestra and chamber music, Dominik has taught since 2000 as a visiting Professor for oboe at the Hanns Eisler Musikhochschule. Father of six children, he prefers to spend his free time with his family.

Dominik Wollenweber has been trusting Buffet Crampon, and participating in the continual improvement of our student oboes day after day, as an endorser, since 2014.