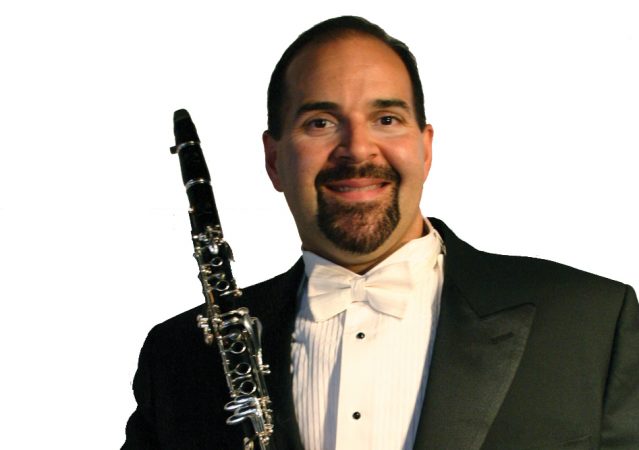 Professor at Shepherd University, The Baltimore School for the Arts, and The Peabody Preparatory

David Drosinos received his diploma from the Peabody Conservatory of Music. He studied clarinet with Loren Kitt, principal clarinetist with the National Symphony Orchestra. Mr. Drosinos won the Sidney Jensen Memorial Award for outstanding clarinet performance and has been a guest artist at the Greek Embassy in Washington and the Taj Mahal in Atlantic City. The Washington Post praised him for “playing with an unusually smooth and agile touch.” His rendering of the Finzi concerto prompted this from the Baltimore Sun, ““He played the idyllic score with technical security, tonal warmth and exceptionally eloquent phrasing.”” David’s performance of the Copland concerto was deemed “unmatched by any in Baltimore…. the Copland concerto had a confident and dynamic protagonist in David Drosinos. He spun the lyrical lines with considerable warmth.”” Mr. Drosinos was the principal clarinetist and soloist with the Peabody Symphony Orchestra on their tour to Russia and a featured soloist with the Concert Artists of Baltimore. He has performed in Greece, Ireland, Moscow, Finland, the Bahamas and all over the continental U.S. His Greek Band Zephyros was featured at the International Clarinet Association annual convention in Washington, DC. In 2010 David traveled to St Petersburg, Russia where he did the International premiere and recording of the Sowash Clarinet Concerto with the St Petersburg Symphony. David is a versatile and seasoned clarinetist who has enchanted audiences from ‘Maryland to Moscow.’ Mr. Drosinos resides in Cockeysville, Maryland and is in much demand with performing groups in the greater Baltimore-Washington area. He teaches at Shepherd University, The Baltimore School for the Arts, and The Peabody Preparatory.