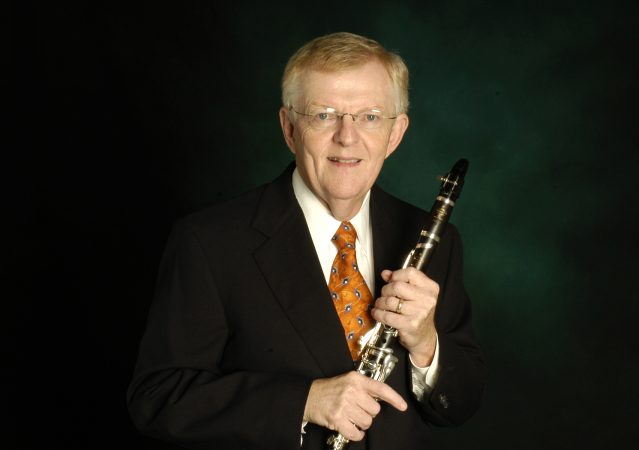 John Scott is Professor of Clarinet at the University of North Texas. He has performed and taught at the Summer Music Institute founded by the University of North Texas and the Ministry of Education in Taiwan. Mr. Scott is a member of the Richardson Symphony Orchestra, and has performed with such orchestras as the Dallas Symphony and the Ft. Worth Symphony, and as a recitalist and clinician throughout the United States. His performances have included the Victoria Bach Festival in Texas, the New York University Contemporary Music Festival, and at conferences and workshops in Denver, Tempe, Lubbock, Salt Lake City, San Juan, Ostend, Stockholm, London, Paris and Vancouver as well as in recitals throughout Taiwan and Japan. He performs regularly with Chamber Music International. Recordings include « Birdsongs, Romantic Chamber Music of Arthur Bird, » and “Equipoise.” He is a member of the Texas Clarinet Consort.He has been a member of the University of North Texas College of Music faculty since 1981. Prior to joining the UNT faculty he taught at Susquehanna University (PA) and Augusta State University (GA). He earned both the Master of Music and Doctor of Music degree in applied woodwinds and music literature from Indiana University (Bloomington), where he was a clarinet student of Henry Gulick.His former students have held positions in numerous orchestras, schools, colleges and universities throughout the United States and in premier military bands in Washington, D.C. Several have been semi-finalists and prizewinners in the I.C.A. Young Artist Competition and Orchestral Competition.He has served as reviewer, Music Review Editor and Advertising Manager for The Clarinet, journal of the International Clarinet Association. In addition to his duties as Professor of Clarinet, he serves as Associate Dean for Admissions and Scholarship Services in the College of Music at the University of North Texas. He is an artist-clinician for Buffet-Crampon.