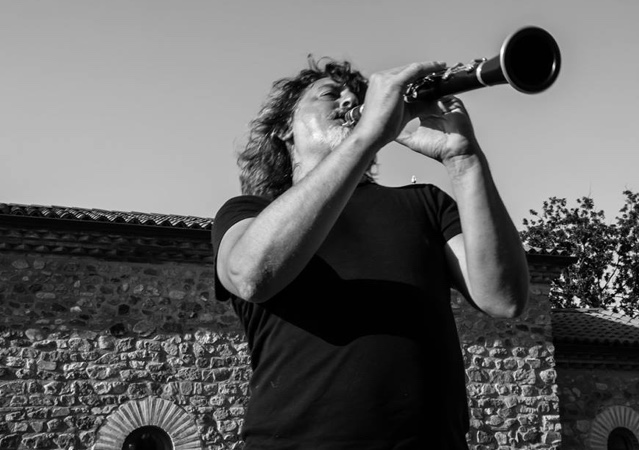 Giovanni Mattaliano clarinetist, composer, improviser, teacher, conductor, author of poetic verses, editor and artistic director, was born in Palermo in 1969, he studied at the Classic Lyceum , the Conservatory of Palermo and at the international Academy L. Perosi in Pescara. He has numerous assets cd made with his music and recording premiere dedicated to him by Ennio Morricone, Giovanni Sollima, Cesare Picco etc.. About 3000 concerts held in some of the major Italian theatres with tours abroad achieved in Norway, France, Belgium, Holland, Switzerland, Austria, Bulgaria, America, China, Morocco, Tunis, Malta, Greece etc..

Both classical and jazz musician with interests in acting, theatrical directing applied to his work and to writing verses sound; he had a duet with Sting in Simphonicity concert with the song « Englishman in New York » made as Italian premiere in July 2011. He plays solo with orchestras d premiere for clarinet and orchestra dedicated to him by Marcello Biondolillo, Marco Betta, Fabrizio Festa, Carlo Galante, Franco Mannino, Paolo Ugoletti, Cesare Picco, Gaetano Randazzo and the Sicilian premiere of the Ebony concert by Stravinsky, prelude and fuge riffs in Bernstein for clarinet and jazz ensemble and the concert of Gerald Finzi.

Founder and creator of the Giovanni Mattaliano Ensemble, the trio Strabern, Ensemble Fenicia, Italian Jazzmed Clarinet, Ensemble International composers interpreters of the Orchestra contemporary music of Palermo, the duo Mattaliano-Biondolillo, the jazzliveimprovisation record label. Between the different personalities he has served as co-editor of the publishing house Kelidon editions and artistic director of the Contemporary Music of Palermo (from 1996 to 2003). He has made some music festivals including « Out of the classical », » Out the classical », and « Mediterranean Ocean » in collaboration with the theater Agricantus.

He recently debuted at the University » La Sapienza » of Rome and the Olimpic Theater in the musical « Gosts in Rome »; he created the ensemble » boaters of art » and parte opted as a soloist and composer in numerous contemporary exhibitions including the 2013 edition of Gibellina dedicated to the Sicilian composer Francesco Pennisi. In 2014 he created the show « Colours of Mediterranean Soul » in his Sicilian tour. In January 2015 he made his debut in Palermo with his new concert « Sounds of the island », realized with his own music and poetry « Soteira…Salvation  » premiered in Bologna.

He has worked as a clarinetist/saxophonist with some of the most representative artists of Italian song Claudio Baglioni, Rossana Casale, Tosca, Beppe Servillo Overall winner in 2014 of the national list of qualification only. He teaches jazz clarinet at the Conservatory of Palermo and holds master of improvisation and artistic marketing directed to the discovery and formation of the new Italian and foreign talents. His latest and interesting cd (2012) bears the title of « Soteira » containing his music and distributed by jazzliveimprovisation.