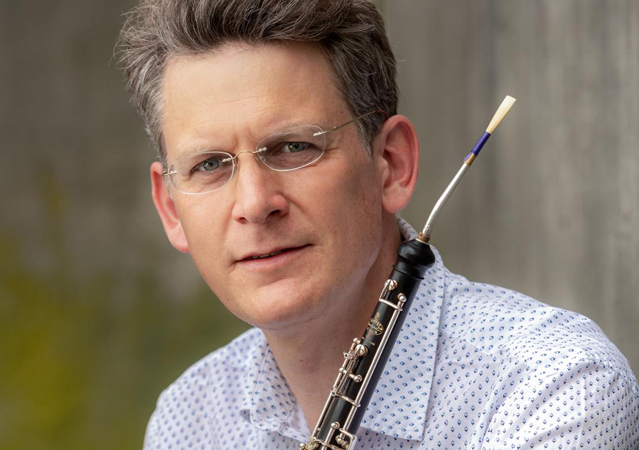 Tobias Vogelmann was born in 1973 as a sion of a musicians´ family in Heilbronn/Germany.

Following initial piano lessons, he began studying the oboe at the age of 13. After graduating from secondary school he studied oboe with Prof. Thomas Indermühle at the Musikhochschule Karlsruhe. Further musical impulse from came from Maurice Bourgue, Jacques Tys and Ingo Goritzki.

After completing his orchestra diploma, which he received with high honours, he completed his studies with François Leleux at the Richard-Strauss Conservatory in Munich. After early successes at the German “Jugend Musiziert” Competition, he won the first prize in the 1998 “Pacem in Terris” International Music Competition in Bayreuth.

In 1999 he was awarded a scholarship by the “Villa Musica Foundation” in Mainz and that same year he entered the Orchesterakademie des Bayerischen Rundfunks.

Currently he is a lecturer for Cor anglais at the Staatliche Hochschule für Musik München and the Mozarteum University of Salzburg. For several years Tobias Vogelmann has also dedicated his talents to performance on period instruments and is a founding member of The baroque ensemble “L’Accademia Giocosa”.