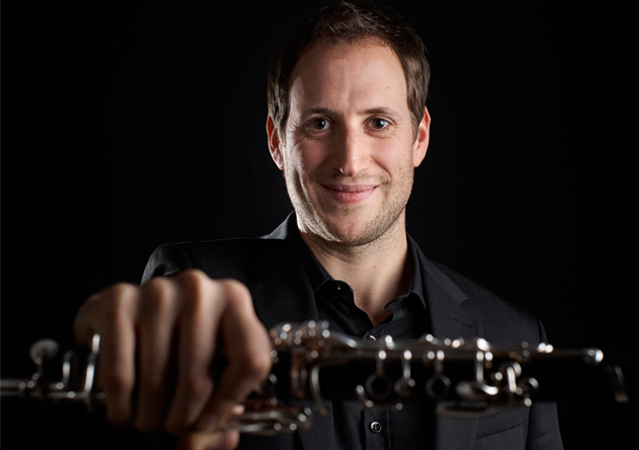 Clarinet professor at the Conservatory of Navarra

After completing his higher studies of clarinet at the Conservatory of País Vasco “Musikene”, where he complemented his instrumental training with studies in orchestral conducting, he was awarded a scholarship for two years to expand his artistic studies. In 2013 he obtained a master’s degree in music at the Conservatorium van Amsterdam. He was also awarded a scholarship by the ‘Musici van Morgen’ Foundation for concerts and cultural promotion in the Netherlands.

He has been invited to participate as a clarinetist at various chamber music and orchestral music festivals in Sweden, France, the Netherlands and Spain (Aurora, Berio Festival, Apeldoorn, Beyond de Music, etc.). He has collaborated with several youth orchestras and Le Concert Olympique orchestra, specializing in Beethoven’s work, with which he has performed concerts in the main auditoriums of Central Europe.

He is a founding member of the duo Koriki along with guitarist Unai Insausti. Currently, he combines his artistic activity as conductor of the Pamplona Youth Orchestra and as a freelance clarinetist with his position as clarinet and chamber music professor at the Conservatory of Navarra.