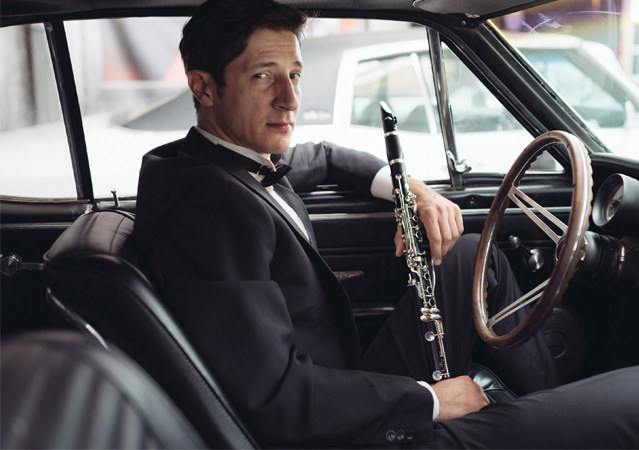 Funder and Artistic Director of the Tbilisi Wind Festival, Georgia clarinetist Levan Tskhadadze is considered as one of the leading musicians of his generation. Levan is a passionate chamber musician and performed with such artists and ensembles as Radovan Vladkovic, Sergio Azzolini, Maurice Bourgue, Georgian State Quartet, Doric Quartet, Quatour Arod, Ruysdael Quartet, Salzburg Chamber Soloists and many others.

As a soloist and conductor, Levan is permanently collaborating with Georgian orchestras. He is founder of many educational projects in his home country. Levan is regularly invited as a guest teacher at the Tbilisi Conservatory.
He gave master classes in Krakow Music Academy, Yerevan State Conservatory and at Festspiele Immling.

Levan Tskhadadze is regularly active as an author of many articles. His research columns about music and culture were published in different magazines and books, such as “Tabula” and “Memories of Tiflis”.
Levan also gave public lectures on Georgian Television.

In 2013 Levan Tskhadadze formed a duo with a Dutch Music Award winner, guitarist, Izhar Elias, with whom he recently released a CD Album “Carrousel”
In 2017 he recorded another CD “Ganymed” as a conductor of his own transcriptions of Schubert songs with the singer Corinna Ruba and Georgian Sinfonietta.

His recordings and interviews are regularly broadcasted in European radio and TV stations.