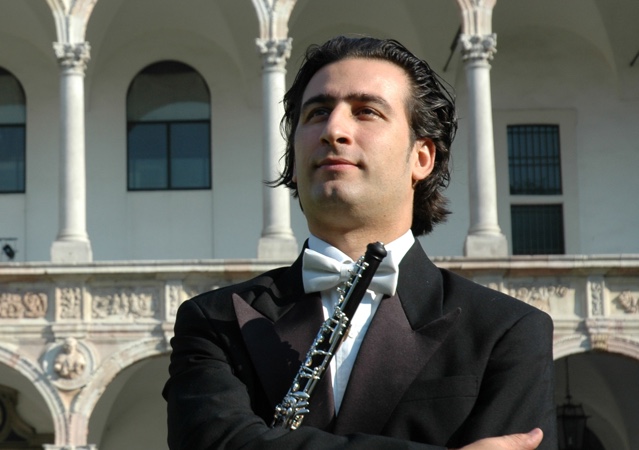 He began oboe studies with his father Cesar Garreffa, famous oboist and soloist of Argentina.

He completed his studies of flute recorder (1989) and oboe (1991) in the Liceo Municipal in Santa Fe.

In 2001 he completed his studies of oboe in the Santa Fe Music University with the first prize of all woodwinds.

Since 1992 he was oboe professor at the School Superior of Music Dance and Dramatic Art of the University of Entre Rios and has continued in that position until 2002.

Since 1992 to 2002 he was Principal Oboist of Santa Fe Symphony Orchestra.

Since 1997 to 2002 he was Principal Oboist of Entre Rios Symphony Orchestra.

He has been Principal oboist of the Orchestra Sinfonica di Milano “Giuseppe Verdi” conducted by Riccardo Chailly since 2002.

Since 2016 he has been Principal oboe of Reale Teatro San Carlo di Napoli, Naples, Italy.

“He has an excellent tone as well as technique that make it wonderful to work with him” Zubin Mehta, Principal Conductor Israel Philharmonic Orchestra.

He has been awarded prizes in the following competitions:

Hernan Garreffa has been trusting Buffet Crampon since 2005.