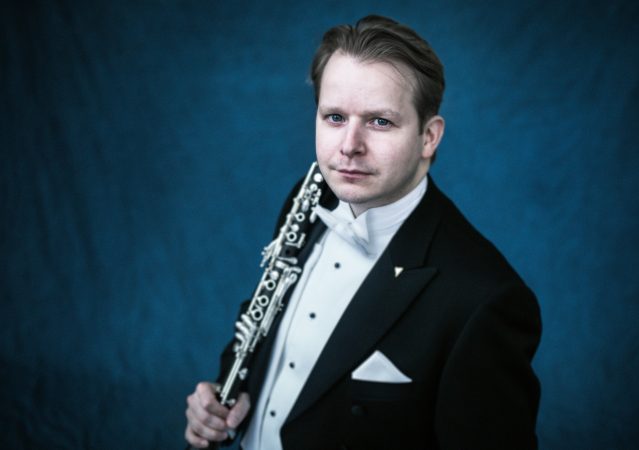 Christian Stene is a Ph.D. Artistic Research Fellow and previously the associate professor of clarinet at The Grieg Academy. He is also the National Chairperson (Norway) for the International Clarinet Association (ICA) and a Buffet Crampon and Vandoren performing artist. Christian was the principal clarinetist of the Bergen Philharmonic Orchestra from 2010 to 2022 and the Norwegian National Opera Orchestra from 2007 to 2010.

A native of Bergen, Christian began playing the clarinet at age eleven. After preliminary studies at The Grieg Academy, he continued at the Conservatorium van Amsterdam to study with former principal clarinetist of the Royal Concertgebouw Orchestra, George Pieterson. Christian then entered the Royal Danish Academy of Music where he completed his orchestral diploma studies with Lee Morgan, principal clarinetist of the Royal Danish Orchestra, in one year. He was further accepted into the soloist class at the Royal Danish Academy of Music as well as the concert class at the Musik-Akademie der Stadt Basel with François Benda. Christian made his debut in Copenhagen in 2007 with the highest mark obtainable. In the 2009/10 season, Christian took a sabbatical to study with Yehuda Gilad at the University of Southern California in Los Angeles.

In addition to teaching the clarinet class at The Grieg Academy, Christian regularly gives masterclasses in Norway as well as in Singapore, Finland, Denmark, Sweden and Belgium. He also coaches The Norwegian National Youth Orchestra and other regional youth orchestras.

Christian regularly appears as guest principal clarinet in various Scandinavian, European and Asian orchestras, notably the Philharmonia Orchestra and London Philharmonic Orchestra. He is also an active chamber musician and often works with composers to create new works for his instrument. In 2015 Christian premiered a commission of a Concerto for Clarinet and Strings by Therese Ulvo with the Bergen Philharmonic Orchestra, which has now been released on CD.