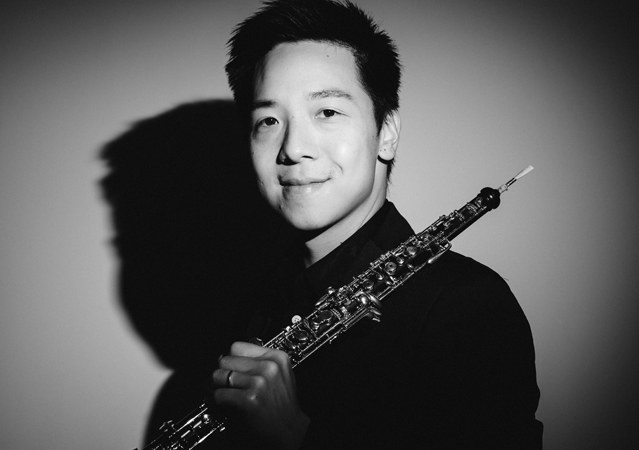 Chi-Yuen Bobby CHENG is currently the Principal Oboe of l’Orchestre National du Capitole de Toulouse, where he was appointed unanimously in 2016 under its musical director, Tugan SOKHIEV. Being a promising player in his generation, he appears regularly as guest prinicpal oboe with BBC Symphony Orchestra, l’Orchestre National de France, l’Orchestre de Paris as well as London Symphony Orchestra. He is also a member of the “Quintette Promenade”, an ensemble formed with his colleagues in Toulouse; they were semi-finalist in the 2019 International Carl Nielsen Chamber music competition.

As a soloist, he has performed with Thailand Philharmonic Orchestra, Aspen Philharmonic Orchestra, Korean Chamber Orchestra, as well as l’Orchestre National du Capitole de Toulouse. In 2018, he performed “Extase”, the concerto for Oboe by Qigang CHEN, at the National Centre for the Performing Arts at Beijing, upon an invitation by the composer himself. He has also given performances throughout Europe, the USA and in Asia.

Born and raised in Hong Kong, Chi-Yuen starts learning the oboe under the tutelage of Prof. Song-Lam YIU. He then graduated with “First Class Honours” and “Très bien avec félicitations du jury à l’unanimité”., respectively at the HKAPA in the class of YIU, and CNSMD Lyon in the class of Jean-Louis CAPEZZALI and Jérôme GUICHARD. He has performed in masterclasses for artists including François Leleux, Thomas Indermühle as well as Maurice Bourgue. He has also attended lessons with Jacques Tys.

Since 2021, Chi-Yuen plays on the “Legende” oboe, by the renowned French brand Buffet Crampon.