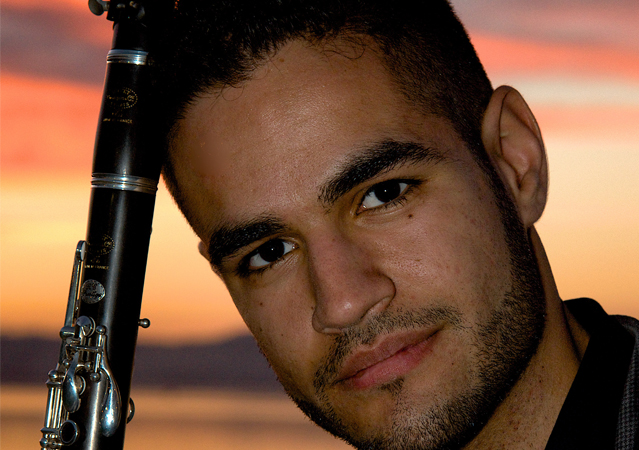 He is the winner of the 4th International Competition of Ghent.

After winning the “Salzburg Grand Prize Virtuoso” award at the International Music Competition, he performed in the prestigious Mozarteum Wiener Saal, and then, after winning the Golden Classical Music Awards, he played at Carnegie Hall in New York.

He studied for several years with Calogero Palermo (principal clarinet of the Royal Concertgebouw Orchestra in Amsterdam). He graduated with a Master’s in Orchestra and Solo Clarinet at the Haute École de Musique of Geneva studying under Romain Guyot.

As a soloist he has performed with the Brussels Philharmonic and the Orchestre National de Montpellier. Recently he has performed at the Radio France Festival and at the “Svetlanov – Universe” Festival at the Tchaikovsky Conservatory in Moscow.