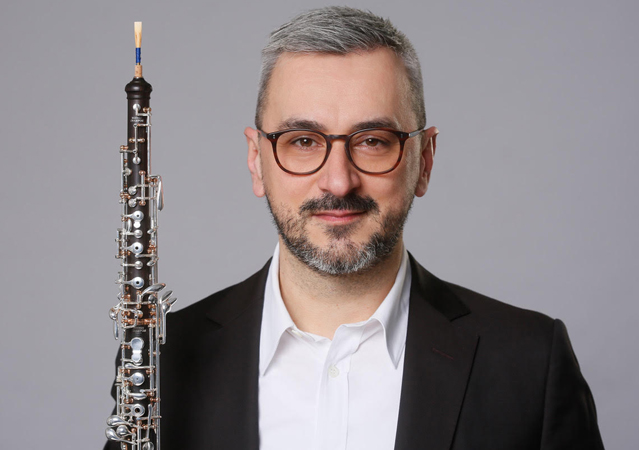 Svetlin first graduated from high school in music from “Vesselin Stojanov” High School in Ruse, Bulgaria. He then received a Masters Degree in 2000 at the Royal Conservatory of Music in Brussels with Professor Paul Dombrecht and a postgraduate diploma in solo oboe with Professor Klaus Becker at HMT Hanover. These two diplomas were obtained with the mention “very good”.

Svetlin has collaborated with many orchestras including the Staatstheater Braunschweig, the Komische Oper Berlin, the Rotterdam Philharmonisch Orchestra, the NDR Radiophilharmonie Hannover, the Deutsche Kammerphilharmonie Bremen, the Bamberg Symphony, and the Munich Philharmonic.

From 2008 to 2011 he was the principal oboe of the Qatar National Symphony Orchestra.

Svetlin also performed as a solo oboist at the 2009-2010 Castleton Festival in Virginia, USA, under the direction of Lorin Maazel.

Svetlin is now the co-principal oboe of the WDR Sinfonieorchester Cologne and plays the Buffet Crampon Légende oboe. #GenerationLegende!