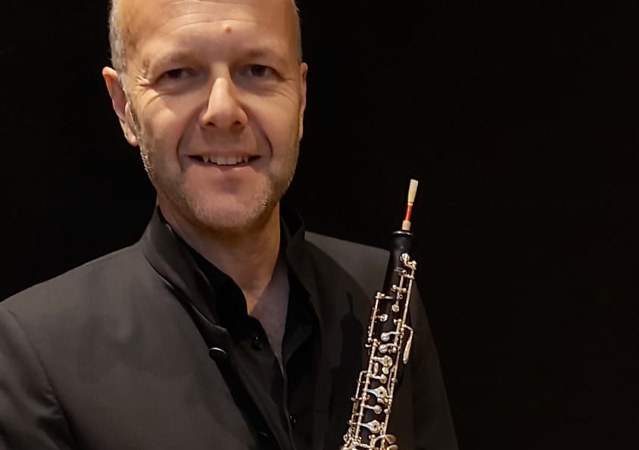 Oboe Soloist for the Aachen Orchestra, Oboe Professor in the Musikhochschule of Sarrebruck and Music Director for the Egge-Verlag

He studied the oboe and musicology in Metz and in Sarrebruck and perfected himself to the baroque oboe with Pr. Michael Niesemann.

After two seasons in the Deutsche Oper Berlin, he has been Oboe Soloist for the Aachen Orchestra since 1996.

In addition to all the family members of the modern oboe, Stéphane Egeling likes to perform at concerts playing original instruments from his private collection, dating back from the 18th, 19th and 20th centuries.

He is part of the oboe professors team of the Musikhochschule of Sarrebruck, along with Philippe Tondre and Matthieu Petitjean.

Founding member of the « Trio Lézard », he has been performing concerts accross all Europe for more than 25 years with this reed trio. Trio Lézard discs received the highest distinctions, and in 2015, an « ECHO Klassik », the most prestigious disc prize in Germany.

Stéphane Egeling has been composing since his childhood. Starting from the aesthetics of Charles Koechlin, he developped his own personal style, which is always closely tied with the colors of the sound of the instrument for which he composes.

Furthermore, Stéphane Egeling is the Music Director of the Egge-Verlag, an oboe, bassoon, and chamber music specialized music magazine.

Stéphane Egeling has been trusting Buffet Crampon since 1998.