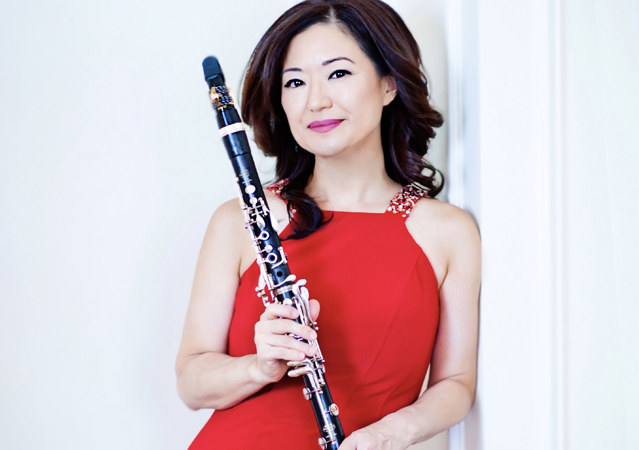 Clarinetist Seunghee Lee is a multi-faceted recording artist and a music entrepreneur based in New York City. Recognized as “an uncompromising soloist, destined to be an upcoming contender of top stature” by the Clarinet Magazine, Ms. Lee was included as one of the ‘Top 30 Classical Stars Under 30’ by KDFC Classical Radio in San Francisco upon the release of her debut album Brava, and her multiple solo albums were selected as “CD of the Week” worldwide and were featured on New York’s WQXR, Classic FM Nederland, NPR, WFMT, Fine Music Radio in Cape Town and Symphony 92.4 Singapore, among many others.

Ms. Lee is the founder of Musica Solis Productions, an independent classical record label, sheet music publisher and a creative concert presenter based in New York City. Mentored by multi-Grammy Award-winning producer Joanna Nickrenz and legendary recording engineer Marc Aubort, Ms. Lee aims to guide and mentor emerging classical musicians to become independent entrepreneurial leaders of their generation. As a frequent guest speaker on Music Entrepreneurship, she was invited by the Harvard Business School to speak at the 2019 Asia Business Conference titled, “The Game Changers”, the 2019 Yale Alumni Association Career Panel topic “Careers in Music”, Seoul National University and many others. As a guest lecturer, she enjoys performing solo recitals, giving master classes on the topics of mental awareness and shifting your mindset, and presenting her signature lecture series entitled “You are the Company”.

At her core, Ms. Lee is passionate about using her music to bring comfort and healing to those silently suffering from personal tragedies. She is the founder of Concert for Cause, an intimate home concert series dedicated to shining a light on current humanitarian issues.

Born in Seoul and raised in Chicago, Ms. Lee received her Bachelor’s degree from the Eastman School of Music studying with Charles Neidich and Master of Music degree and Artist Diploma from the Yale School of Music, as a full scholarship student of David Shifrin. Ms. Lee’s collection of awards and competitions include the First prize at the International Clarinet Association Competition; Co-winner of the Saint Louis Symphony Young Artist Competition (judged by Leonard Slatkin); the Yale Woolsey Hall Concerto Competition, among many others. Being selected as one of three American clarinetists to represent the United States for the 1990 American-Soviet Youth Orchestra, she toured the world with conductor Leonard Slatkin and violinist Joshua Bell. Ms. Lee was the principal clarinetist of Bucheon Philharmonic in Seoul Korea from 1993–1995.

Also, a highly skilled golfer, Seunghee Lee (a.k.a. Sunny Kang) spoke at TEDx Hong Kong about the surprising similarities between golf and music and the mental challenges of viewing both skills through the lens of a perfectionist. Ms. Lee currently resides in New York City.