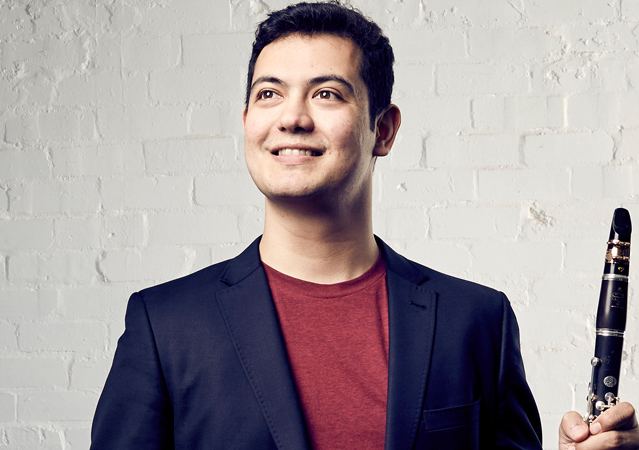 Lloyd Van’t Hoff enjoys a career as one of Australia’s most vibrant young clarinettists, chamber musicians, collaborators and educators.

Born in Darwin, and currently based in Melbourne, Australia, Lloyd has shared, created and performed music all throughout the world. Performances at the International Festival of Modern Music in Beijing, the Menhuin Festival in Switzerland, the Young Euro Classic in Germany, the Grafenegg Summer Music Festival in Austria, and the Banff Centre in Canada, have all showcased Lloyd’s versatility as a musician on a global scale.

Closer to home, Lloyd has enjoyed great success, winning the 2015 ABC Symphony Australia Young Performer of the Year award. As well as being crowned Young Performer of the Year, Lloyd was presented with the Triffitt Prize, an award bestowed upon an outstanding young individual. He was also a finalist in the Melbourne Recital Centre’s Great Romantics competition, a recipient of the prestigious Director’s Prize from the Australian National Academy of Music (ANAM).

Within Australia, Lloyd is rapidly growing a reputation as one of the country’s finest young chamber musicians and collaborators. A regular performer at Australia’s major international arts festivals, Lloyd’s recent highlights have included performances with the Australian String Quartet at the Perth International Arts Festival and the Goldner String Quartet at the Musica Viva Festival, as well as a featured role in the Aria award-winning project, Conversations With Ghosts, alongside singer-songwriter Paul Kelly, Recorder virtuoso Genevieve Lacey and composer James Ledger.

Lloyd is a founding member of Arcadia Winds, Australia’s leading wind ensemble, and Musica Viva’s Inaugural FutureMakers. With Arcadia Winds Lloyd has performed across Australia and China, commissioned dozens of new Australian works, and developed a schools show that will be seen by thousands of children across 2017– 20.

Lloyd studied the clarinet under the tutelage of Paul Dean, Floyd Williams and David Thomas. A graduate of the Queensland Conservatorium of Music, Griffith University, where he was awarded the highly regarded Postgraduate Award, Lloyd fine-tuned his skills at the Australian National Academy where he participated in the Professional Performance Program and also took part in an ANAM Fellowship. More recently, Lloyd has studied with esteemed pedagogue Yehuda Gilad.