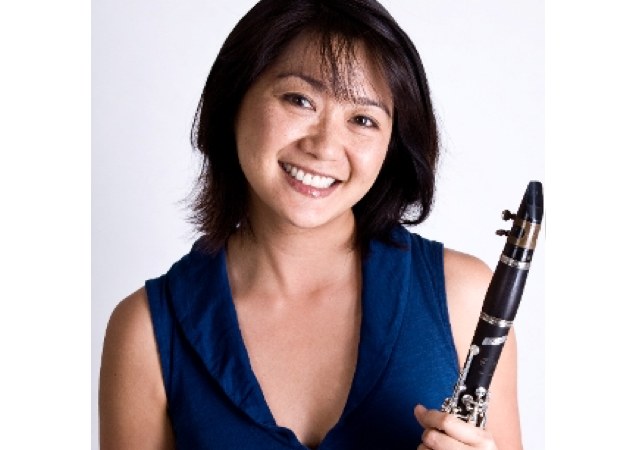 Born in Taiwan and raised in California, Ixi Chen enjoys an active career as an orchestral player, chamber musician, artistic director, and educator. Following her studies at the Manhattan School of Music and the University of Southern California, Ixi accepted the post of Second Clarinet of the Cincinnati Symphony Orchestra in 2001 and made the Queen City her new home.

In 2004, she joined the clarinet faculty of the University of Cincinnati College-Conservatory of Music. In 2006, she founded the chamber ensemble concert:nova, whose fusion of traditional and contemporary elements seeks to cultivate a new audience for art music.

Ixi’s commitment to diverse experiences has taken her around the globe. She has participated in numerous music festivals, including those at Aspen, Tanglewood, Evian, Schleswig-Holstein, Rheingau, Jerusalem, Thessoloniki, and Saint Petersburg. In 1996, she moved to Germany, where she played Principal Clarinet and Assistant Principal/E-flat Clarinet with the Philharmonic of the Nations and later attended the famous Hochschule fur Musik in Karlsruhe.

In 1998, she settled in Los Angeles, where she pursued graduate work at USC and served as the Principal Clarinet of the American Symphony. In 2007, Ixi participated in the Munich ARD Festival and toured Europe with the Festival’s chamber musicians.

While in Los Angeles, she founded and developed ensemble infinity, a precursor to concert:nova. There, she authored Adventures in Music for the Old Town Conservatory of Music and the Performing Arts, a 36-week script that formed the core of the school’s music outreach program.Ixi’s teachers include Rosario Mazzeo; Gary Gray at UCLA; David Krakauer at MSM; Wolfgang Meyer at the Hochschule fur Musik; and Yehuda Gilad at USC.