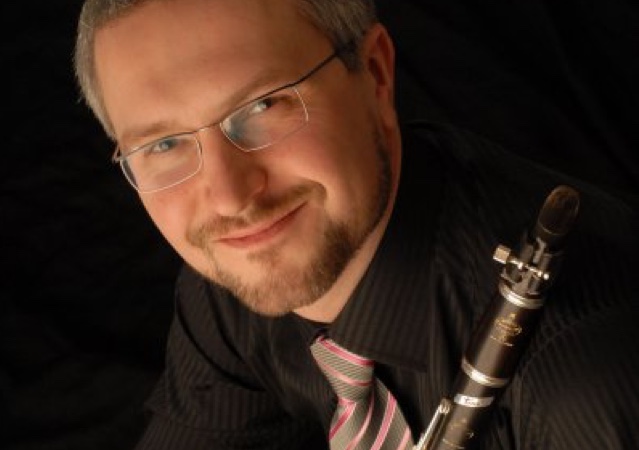 Professor at the Faculty of Arts of University of Ostrava

Between 1989 – 1995 he studied at the Conservatory in Ostrava in the clarinet class of doc. Valter Vítek, with whom he continued his studies at the art-teaching department of the University of Ostrava. In 2001 he received a government scholarship to study at the Norwegian Academy of Music, where he studied in the class of Prof. Hans Christian Braein. During his studies he participated in many international seminars and interpretation courses (Michel Arrignon, Eric Hoeprich, Charles Neidich, Christian Leitherer, Milan Etlík, Andrzej Janicki, Wenzel Grund). He participated in several national and international competitions, where he won the following awards – Chomutov Music Competition (CZ) 3rd price, International Competition “Marco Fiorindo” in Turin (Italy) 3rd price.

Besides from solo concerts and recitals, he often performs as a chamber musician in different ensembles. He is a founding member of the Stadler Clarinet Quartet and the Ensemble Moravia, with whom he regularly performs at home and abroad since 1994. With this ensemble he recorded a CD in 1999 – “Trygve Madsen – Live” for the Norwegian publisher MTG, in 2000 he recorded a CD with the Stadler Clarinet Quartet and in 2006 “Stadler Clarinet Quartet – Live”. He is also a founding member of the Ensemble Moravia, with which the Slovak publishing Slovart recorded a CD – Chamber music by Bohuslav Martinů, and in 2007 – Hindemith, Berg, Schumann, Brahms for PRO Records label. In 2002, this ensemble won 1st prize at the International Chamber Music Competition “Marco Fiorindo” in Turin (Italy). He is working very intesively with the Czech Radio Ostrava, Czech TV and TV Noe. Recently, he has been engaged in an intense study of music from the second half of the 20th century and its performance. He premiered many pieces, both solo and chamber repertoire, some of which are dedicated to him (Aleš Pavlorek, CD – Clarinet in chamber music). In addition to the contemporary music, he is devoted to the study of period interpretation on chalumeau, baroque clarinets and classical clarinets (Collegium 1704, Musica Florea, Collegium Marianum, Ensemble Inégal, Ensemble Tourbillon).

Between 2001 – 2003 he was a lecturer on the international courses Ameropa in Prague. Since 2002, he is a co-founder and teacher at the annual international interpretation courses for clarinet a saxophone in Ostrava. Currently, in addition to his concert activities, he is working as docent, teaching clarinet and chamber music at the Faculty of Arts of University of Ostrava.