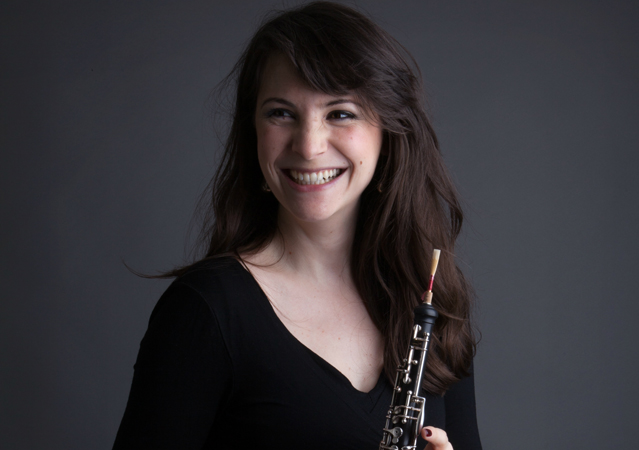 Solo Oboe of the Colonne Orchestra

Born in Bordeaux in 1981, Diane Chirat-Battello studied Oboe and English Horn at the CNR and at the same time obtained a license in Musicology. After 4 years in the class of Jean-Louis Capezzali, then principal oboe of the Philharmonic Orchestra of Radio France, Diane graduated from the Conservatoire National Supérieur de Musique in Lyon with a brilliant diploma. Throughout her career, she perfected herself with great masters such as Alain Denis and François Leuleux. She is regularly called in prestigious orchestras such as the Orchestre National d’Ile de France, the Opéra de Lyon and the Orchestre National Bordeaux Aquitaine. Since 2007, she has been principal oboe of the Colonne orchestra in Paris under the direction of Laurent Petitgirard. Based in the PACA region, Diane works regularly in parallel with her position at the Column Orchestra with the regional orchestras such as the Regional Orchestra of Cannes PACA, the Philharmonic Orchestras of Nice and Monaco, the Toulon Opera. And it is with pleasure that she puts on chamber music programs whenever she has the opportunity.