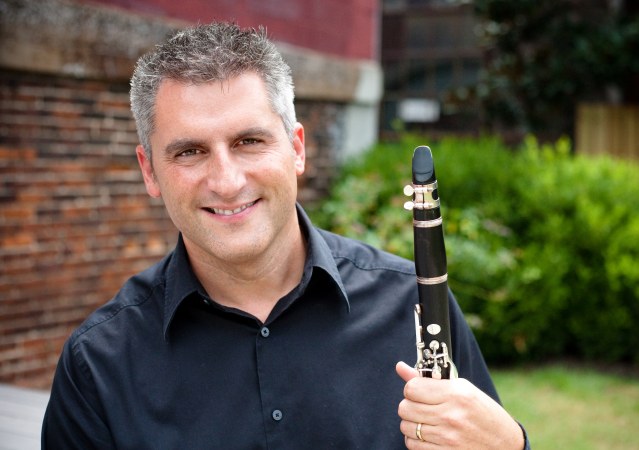 Todd Waldecker serves as Associate Professor of Clarinet in the School of Music at Middle Tennessee State University where he was a recipient of the 2006 MTSU Foundation Outstanding Teacher Award. Waldecker is also a faculty member of the summer Tennessee Governor’s School for the Arts where he teaches a selective group of high school clarinetists. His degrees include the Doctor of Music from Indiana University, Master of Music from Yale University, and a music education degree from the University of Missouri. His primary teachers include Howard Klug, David Shifrin, Eli Eban, James Campbell, Alfred Prinz and Paul Garritson. Prior to his appointment at Middle Tennessee State University, Waldecker held teaching positions at the University of Wisconsin-Oshkosh, Purdue University, and the University of Northern Iowa. Waldecker has performed by invitation as a featured soloist at the International Clarinet Association’s ClarinetFest 2008 and the 2007 University of Oklahoma Clarinet Symposium. As a member of MTSU’s Stones River Chamber Players, he has performed throughout the southern United States, Germany, Switzerland, and France; and has appeared at conventions of the National Flute Association and the Guitar Federation of America. In 2006, Waldecker traveled to South Korea with the MTSU Wind Ensemble where his performance of Artie Shaw’s “Clarinet Concerto” was broadcast on Korean television. Waldecker is a frequent performer with the Nashville Symphony Orchestra and has recorded with the ensemble for Decca, NAXOS, and National Public Television. Since 1999, he has also served as principal clarinetist with Orchestra Nashville and has recorded and toured nationally with the ensemble.