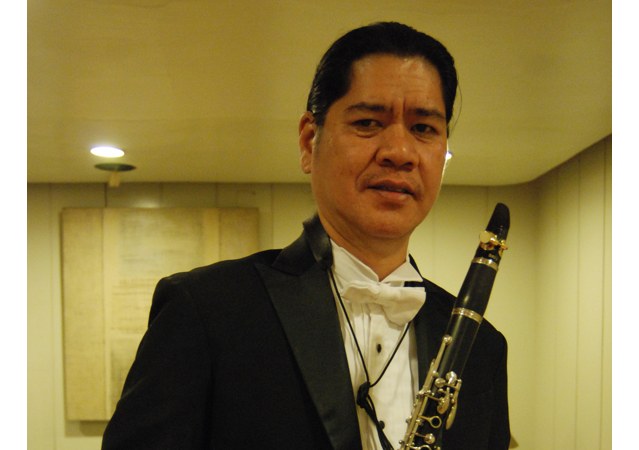 At present, he is in collaboration with American flutist David Johnson, Korean pianist Hyun Joo Lee who formed the group « The Clarion Chamber Ensemble, » a group specializing in performing chamber music. At present, he is the principal clarinet player of the Philippine Philharmonic Orchestra (PPO) and faculty at the UST Conservatory of Music and the Philippine Women’s University.