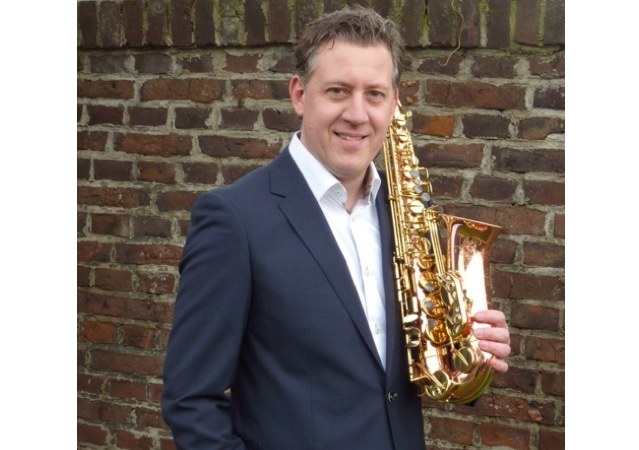 Professor at the Maastricht Academy of Music

He obtained his teaching qualification in 1992. He graduated as a performing musician in 1995 and was awarded the Dagblad Tubantia Prize for the best examination performance.

In that same year, he also obtained the Vriendenkrans of the Royal Concertgebouw and the Concertgebouw Orchestra. During his studies, he took masterclasses with renowned saxophonists such as Daniel Deffayet and Claude Delangle.

As a soloist, he has performed with various orchestras, such as the former Royal Military Band of the Netherlands, the Marine Band of the Royal Netherlands Navy, the Limburg Symphony Orchestra and many amateur wind orchestras.

Cnoops had his first lessons in conducting with André Presser. In 1998, he was admitted to Jan Stulen’s orchestra class at the Maastricht Academy of Music. For his final assessment, he was given the opportunity to conduct the Limburg Symphony Orchestra during a full evening concert, which was also recorded live for radio.

Since 2003, he has been the conductor of the Koninklijke Fanfare Eensgezindheid in Maasbracht-Beek, which in 2005 became world champion in the concert division of the fanfare section at the World Music Contest in Kerkrade.