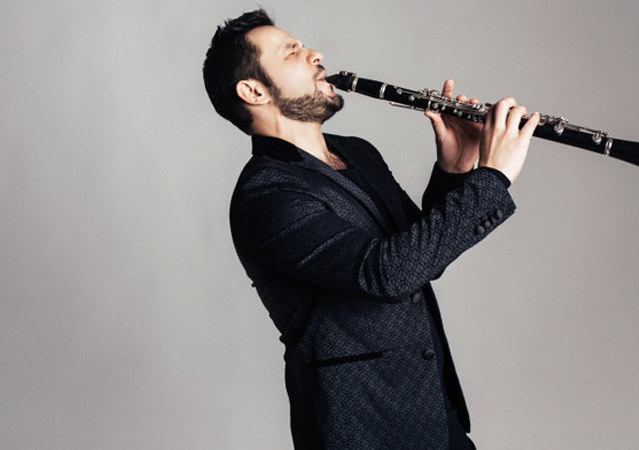 The extraordinary clarinetist Ismail Lumanovski is a musical force of passion and dynamic virtuosity. Already of international distinction, Lumanosvki has launched a major career as a soloist, chamber musician in both classical and cross-over repertoire. His synergistic blend of natural talent and training combines the spirit of folk music with the discipline of classical music.

His performances have been widely reviewed. The New York Times reviewed his performance as: “the soloist -the brilliant, fearless young clarinetist Ismail Lumanovski- aligned himself with various instrumental contingents of the large ensemble”.

Among his many awards and honors, the “Golden Ladybug of Popularity” named Lumanovski “Musical Maestro of The Year 2015” in the Republic of Macedonia. He has also won The Juilliard Clarinet Concerto Competition, International Young Artist Competition Bulgaria, Arriaga Chamber Music Competition, Andreas Makris Clarinet Competition. In addition, the Macedonian Radio Television produced a documentary film for him in 2019.

Born in Bitola, Macedonia, Lumanovski started playing the clarinet at the age of eight. His United States debut performance of Weber’s First Clarinet Concerto at Interlochen, Michigan was in 2002. He holds a Bachelor of Music Degree and Master of Music Degree from the Juilliard School of Music. He studied with Charles Neidich and Ayako Oshima.