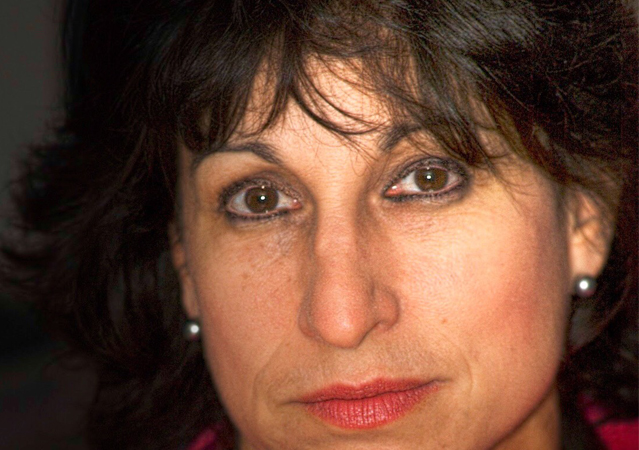 Clarinet teacher at the Conservatory in Givatayim

Eva Wasserman-Margolis, was born on the island of Key West in the Florida Keys. There her inspiration for music began, singing outside her parent’s garden. They were her greatest inspiration. Her father, a concentration camp survivor, and her mother who was born in India, came to meet each other in The United States of America to make a home for their young family.

In 1980, Eva received her Master’s Degree in Music Performance at the University of Illinois and in the same year secured the position of Principal Clarinet with the Haifa Symphony in Israel. Her interest in Musicology at Bar Ilan University introduced her to the world of music research and more specificially, to that of lesser known composers. Her main ambition was to perform and record many of these lesser known composer’s works. Eva’s dedication as an instructor, established through the years a new generation of Israeli clarinetists who now study and perform throughout the world. They are her legacy.

Eva organized the first Israeli Clarinet Festival in 1998, and brought clarinetists of international renown to teach and perform in Israel. She serves as a national chairperson for the International Clarinet Association in Israel, and was the first clarinetist invited to represent Israel at the International Clarinet Festival in 1999, in Belgium, and 2005 in Japan.  This was in part funded by the American-Israel Cultural Foundation.  Her former student, Michal Beit-Halachmi,  went on to perform at the ICA conference in  Vancouver, Canada with Eva’s composition “The Generation of Hope.”

As a performer and clinician, Eva has been invited to the USA, Canada, Switzerland, Italy, Hungary, Portugal, Belgium, Finland, Ukraine, Slovenia, China and Japan.  In 2004, her invitation to perform in China at the International Clarinet Festival partially sponsored by the Ministry of Foreign Affairs in Israel, was praised by Jilin College of the Arts. She was one of the five international performers, and the only female, to receive an honorary professorship for her performance.  From 2005-2010, she conducted and coached at Giora Feidman’s Klezmer Festival in the Galilee, and in 2006 she posthumously honored David Weber, the New York City Clarinetist, by organizing the David Weber Competition in Israel. In 2009, she was honored by Eastman School of Music in New York’s Woman’s Festival of Music. In 2010, Lomax Classic Mouthpieces in the United States, created the EWM Series Mouthpiece in her name.

Also in 2010, Gianaluca Campagnolo completed another volume of his books: The “Great Clarinetists “ where she is also included. From 2015, she will  be spending her summers in West Brattleboro, Vermont.

Her CD « Two Clarinets and Piano: Original Music from Finland, Malta, Israel and Points In-Between,” is a collaboration with Clarinetist Luigi Magistrelli andPianist Claudia Bracco.  Her other CD, Unforgettable Hues with Guitarist Massimo Laura and Clarinetist Luigi Magistrelli, includes music for two clarinets and guitar.  It is a first time recording for this combination of instruments.  Mrs. Wasserman-Margolis is also included on Israeli Composer Sara Feigin’sCD: Jewish Music.  Or-Tav Music Publications (www.ortav.com), publishes her music and books.  Learning Clarinet the Artistic Way, was the first clarinet method book published in Hebrew. Her educational publications also include the highly acclaimed book Time for Tone, published in five languages. These books are based on the premise that young students must develop a fine tone technique from the very beginning of their studies. In 2015, her new website  and her latest publication “Thinking Tone, “ came into the internet  and physical world.

Eva’s compositions, consist of two unaccompanied solo pieces, The Generation of Hope and Ode to Odessa.  In 2014 they were performed and chosen for both first and second prizes in a Composition for Woman Composers  held in Serbia.

Ms. Wasserman-Margolis is the main instructor of clarinet at the Conservatory in Givatayim. She has held this position there since 1984. It is a small city outside of Tel Aviv where she resides and has felt inspired for the last 27 years.

Ms Wasserman-Margolis uses as her instruments two vintage Buffet Continental clarinets that are the generation before the R-13 Buffet/Crampon (The A clarinet was Paul Zonn’s (Clarinet and Composer).  She also uses a Lomax mouthpiece called the EWM made especially for her (www.lomaxclassic.com).

Vandoren V12 are her reeds of choice.

Ms. Wasserman-Margolis also has a HHP Degree (Health Practitioner).  She works holistically in helping her students with problems related to performance . She uses Bach Flowers, Frequency Medicine and discusses healthy eating habits. She has a passion for Iyengar yoga and jewelry design, and of course a huge passion for life!