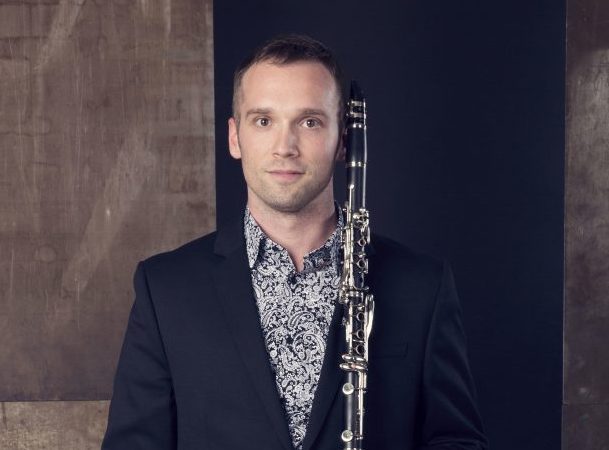 Clarinetist ERIC JACOBS made his professional debut performing Mozart’s ‘Gran Partita’ with members of the Chicago Symphony and the NY Philharmonic in 2006. He has performed with the Richmond Symphony, Quad Cities Symphony and at the Library of Congress in Washington, D.C. As a chamber musician he has collaborated with musicians from the Chicago Symphony, LA Philharmonic, Vancouver Symphony, Berlin Philharmonic, New York Philharmonic, Orpheus Chamber Orchestra and Danish Radio Symphony Orchestra in performances ranging from Mozart and Schumann to contemporary Scandinavian music.As advocate of new music, Eric has worked with many composers in the Los Angeles area on concert series such as the What’s Next? L.A. Composers Project, Los Angeles’ HEAR NOW Music Festival and Jacaranda Music Series. He also has performed with Ensemble Modern and is the current clarinet fellow in the Aspen Contemporary Ensemble.Eric is also a devoted teacher having taken part in Rice University’s Just-For-U-Music-Program (JUMP!). This educational outreach program went into Houston’s elementary and middle school communities to teach students about music and being a musician by producing fun, clever and engaging concert series. He has also coached students at the Idyllwild Arts Academy and the Jacaranda Youth Symphony.Eric has received fellowships to study and perform with the National Orchestral Institute (USA), Banff Center (Canada) and the Thy Chamber Music Festival (Denmark). Mr. Jacobs received his BM from Virginia Commonwealth University and his MM from Rice University. He is currently pursuing a DMA with Yehuda Gilad at the University of Southern California.