He started playing clarinet at age of 9 under his father’s instruction and after finishing Toho High School for music, he moved to France. He was awarded the first prize at both Paul Dukas Conservatoire in Paris and Conservatoire Nationale de Région de Aubervillier-La Courneuve. He studied with Yoshiyuki Kamei, Seiji Yokokawa,
Yoshiaki Suzuki, Michel Arrignon, Alain Damiens.
He was highly evaluated by Mr. P. Boulez and joined the world tour of Zingaro from 1999 to 2002 as a solo clarinet in spectacle “Triptik.” He returned Japan in 2003. He won Prix SPEDIDAM at international competition at Toulon in 1997 and 1st prize and awarded Cosmos award at Japan Wood Wind competition in 2003.
He has played with Nagoya Philharmonic, Kansai Philharmony, Tokyo City Philharmony, Tokyo Philharmony Orchestra, and others. He has been invited to solo recital at Tokyo Opera City solo series “B to C,” Biwako Hall, The Concert Hall at Nagoya, Filia Hall Aobadai, Kitara Hall Sapporo and others. And those performances were broadcasted by NHK FM radio and TV. Also he is awarded the 16th Idemitsu Music Award, in 2005 received Arion Music Award and in 2009 he is awarded Nagoya Music Pen Club award. He now teaches at Toho Gakuen College of Music ,Tokyo Music College. 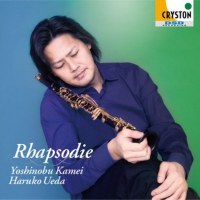 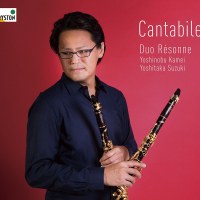