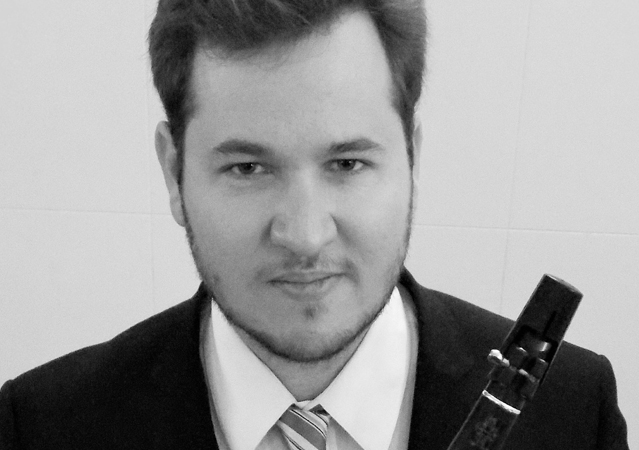 In Basel, Switzerland he was a clarinetist for the Neues Orchester Basel.

In 2005 he was the winner of the first Prelude competition for soloists of TV Cultura, where he obtained a scholarship to study abroad and in 2002 obtained the second place in the Weril competition for wind Instruments.

Tiago began his musical studies with Max Ferreira in the musical band of his city Leme SP, then moved to Tatuí SP where he studied at Dr. Carlos de Campos Conservatory of Music and Drama with José Teixeira Barbos. In São Paulo he studied with Luis Afonso Montanha and in Basel in Switzerland he studied at the Hochschule Für Musik der Stadt Basel with François Benda, often studying also with Wenzel Fuchs in Berlin.

As a chamber music player he has performed numerous concerts and recitals in São Paulo, Rio de Janeiro, Tatuí and Basel.

Tiago Naguel is since 2016 professor at the São Paulo State Music School (EMESP), and was a professor at the International Meeting for Orchestra Woods in Tatuí SP in 2014. He frequently performs Master classes and lectures throughout Brazil.