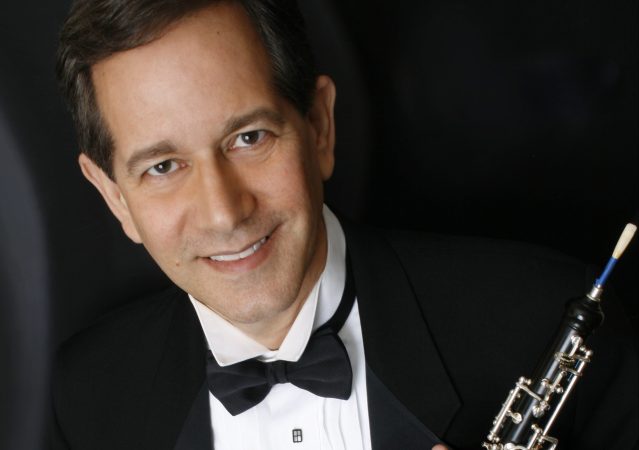 Dr. Stephen Caplan is Professor of Oboe at the University of Nevada Las Vegas and also serves asPrincipal Oboist of the Las Vegas Philharmonic and the Sierra Winds. In the summer he performsand teaches at the Orfeo Music Festival in the Italian Alps. His solo recording of American musicfor oboe and English horn, A Tree In Your Ear, has received international acclaim and includes thepremier recording of Phillip Bimstein’s Half Moon at Checkerboard Mesa for oboe, frogs, cricketsand coyotes, written for Caplan with a grant from the Meet the Composer Foundation. Fanfaredescribes it as “sublime” and Double Reed News writes, “beautifully played..it is hard to imagineanyone not enjoying this CD.”Caplan’s performances have been heard at venues such as the Kennedy Center and CarnegieHall. He has been a featured soloist with numerous orchestras including the Las VegasPhilharmonic, Arctic Chamber Orchestra, Festival Orchestra of Chernigov (Ukraine), NewOrleans Philharmonic, and the Oregon Symphony. His performances have been heard onNational Public Radio’s All Things Considered and Performance Today. Caplan is the only musicalperformer to win the Nevada Arts Council’s prestigious Artist Fellowship three times. With theSierra Winds, Caplan performs on five critically acclaimed recordings and has been the recipientof numerous grants and awards including the Nevada Governor’s Award for Excellence in theArts.His eclectic performance background includes professional affiliations with a baroque periodinstrumentensemble and a Sousa style concert band, as well as soundtracks for television andfilm. Stephen Caplan has performed as a soloist with many of classical music’s leading musicians,including violinist Hilary Hahn and singer Jan de Gaetani. He has played in orchestras on the LasVegas Strip accompanying superstars as diverse as Tony Bennett, Ray Charles, Johnny Mathis,Roger Daltry, Gladys Knight, Andrea Bocelli and Luciano Pavarotti.Caplan received a Bachelor of Music from Northwestern University, and Masters and Doctor ofMusical Arts degrees from the University of Michigan. His principal oboe teachers were HarrySargous and Ray Still, but Caplan was also influenced by work with flutist Marcel Moyse, andtuba player, Arnold Jacobs. In 2004, Caplan became a licensed Andover Educator after extensivestudy of Body Mapping with Barbara Conable.Caplan has developed a course for oboe players, “Oboemotions,” that uses applied anatomy toencourage more expressive and more efficient oboe playing. His “Oboemotions” master class hastwice been featured at the annual conference of the International Double Reed Society. He hasbeen a clinician for “Nora Post’s Oboe Blowout,” “Northwest Oboe Seminar,” and “CaliforniaDouble Reed Day.” In addition, Caplan has given master classes at many leading music schoolsaround the world. His book, Oboemotions; What Every Oboe Player Needs to Know About the Body, ispublished by GIA Publications and has been described as “indispensable reading for the seriousstudent,” and “the operating manual for oboists.”Website: www.oboemotions.com