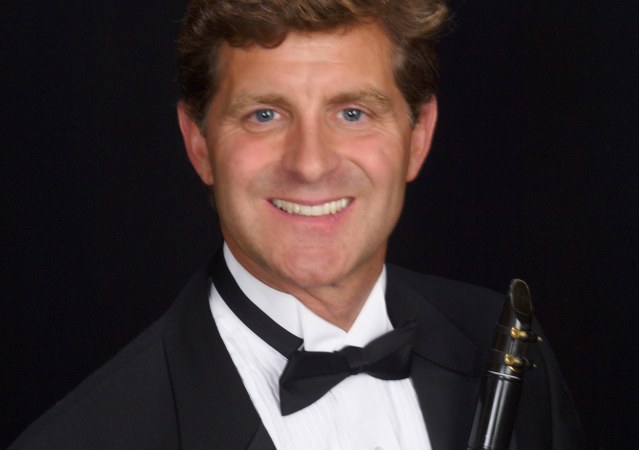 Professor of Clarinet - University of Kentucky

Clarinetist Scott Wright is currently the Professor of Clarinet at the University of Kentucky, a position he has held since 2002. At Kentucky, he is also a member of the esteemed McCracken Faculty Wind Quintet, and Chair of the Winds—Percussion—Jazz Division in the School of Music. In a career spanning three decades, Dr. Wright has performed and taught in a wide variety of settings including the public schools, universities, chamber and orchestral ensembles, and as a soloist. Wright has performed with numerous ensembles including the Trade Winds Ensemble (Tampa, FL), The New Sousa Band, ProMusica Chamber Orchestra (Columbus, OH), the Arizona Opera Orchestra, Ensemble 21 (Phoenix AZ), The Green Bay Symphony, and the Lexington Philharmonic. He has been featured as both a conductor and clarinetist at the conferences of the International Clarinet Association, National Band Association, College Band Directors National Association, the International Double Reed Society, the National Collegiate Choral Organization, the Midwest Clinic, and the American Choral Directors Association. Since 1997, he has appeared frequently with pianist Linda Halloin (Duo Pegasus) as a guest artist and has presented numerous concerts and masterclasses at colleges and universities throughout the country as well as in Europe, Canada, and Asia.

In addition to a busy performing schedule, Dr. Wright has a passion for music education and working with youth and music educators. He continues to keep busy as a conductor and soloist with high school and middle school bands throughout the United States, and during the summer months he serves as clarinet instructor and band director at music camps and festivals in Wisconsin, Oregon, and Kentucky, as well as a clarinet instructor and consultant for the American Band College-Sam Houston State University. Dr. Wright holds degrees from the University of Michigan and Arizona State University, and he resides in Nicholasville, Kentucky with his wife of 30 years, Eileen, and their three sons.