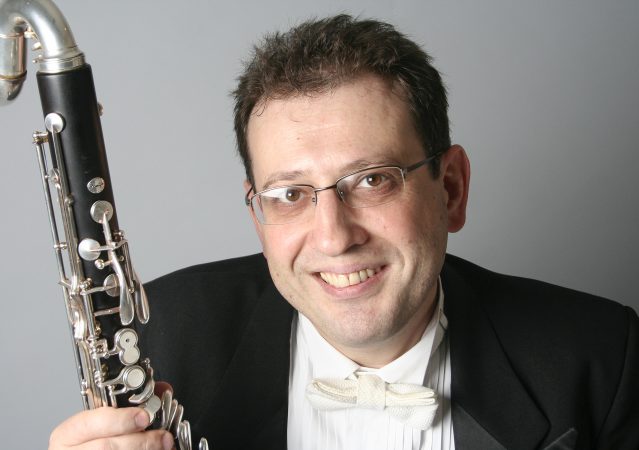 Alexander Potiomkin joined the Houston Symphony as Bass Clarinet/Utility in October 2012. A native of Ukraine, he moved with his family to Israel in 1991 where he attended the Jerusalem Academy of Music, while appearing as a regular substitute clarinetist with the Israel Philharmonic. Sasha came to Houston in 1995 to study at Rice University, where he earned his Master of Music degree in 1997.Most recently, Sasha has appeared as substitute Bass Clarinet with the St. Louis Symphony and substitute Eb Clarinet with the Chicago Symphony Orchestra. He has performed as substitute Principal Clarinet for the Alabama Symphony on their Carnegie Hall tour in the spring of 2012. Sasha has also appeared as Guest Principal Clarinet with the Kansas City Symphony and as a soloist with the Tel Aviv Symphony and the Brooklyn Philharmonic. He has participated in the Mozart, Bellingham, Blossom and Tanglewood music festivals.Equally committed to teaching, Sasha maintains a large private studio. His main teachers include David Peck and David Weber, with additional studies with Michael Wayne and Mark Nuccio on clarinet and Lawrie Bloom and Ben Freimuth on Bass Clarinet. Sasha is a Buffet Crampon Artist and a D’Addario Woodwinds Artist.