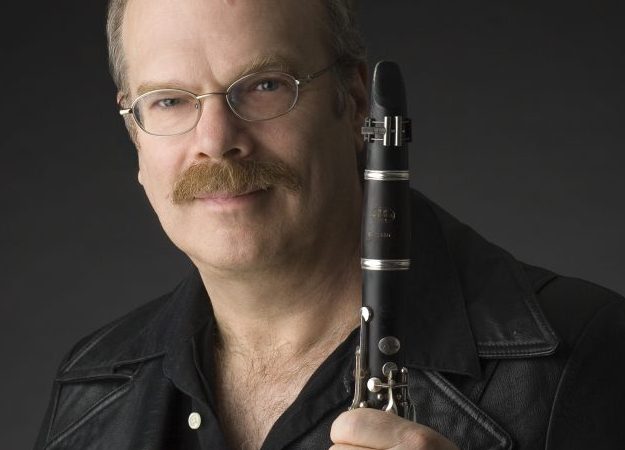 Associate Professor of Clarinet University of Texas at Austin

Richard MacDowell has taught and performed extensively throughout the United States and abroad . . His study and degrees are from the Eastman School of Music, the New England Conservatory, Northwestern University, and Florida State University. He has studied clarinet with Robert Marcellus, Stanly Hasty, Leon Russianoff, and Fred Ormand. He is known to be one of the strongest pedagogues in the Marcellus and Hasty traditions. Before coming to the University of Texas at Austin, where he is Associate Professor of Clarinet, he taught at the Interlochen Arts Academy at Interlochen, Michigan for a number of years. He has been on the faculty of the Banff Festival in Alberta, Canada, giving a week of master classes to international students. While there he participated in two recitals, one of which featured the Mozart Clarinet Quintet. He was principal clarinet in a two -week orchestra festival in the Dominican Republic, the Northwood Orchestra in Harbor Springs, Michigan, the Killington Music Festival in Vermont, the Kapalua Festival in Maui, Hawaii, and a frequent clinician and performer in the International Clarinet Association annual festival, and the Oklahoma Clarinet Symposium.He has given recitals and master classes at the University of Michigan at Ann Arbor, Michigan, Oberlin Conservatory, Oberlin, Ohio, Florida State University, Tallahassee, Florida, Western Carolina University, Cullowhee, North Carolina, and the University of Nebraska at Lincoln, Nebraska. He participated in the 2010 China Clarinet Festival in Naning, China, and the Taiwan Clarinet Festival in Touen, Taiwan, Taiwan.Locally, he’s been the principal clarinet of the Dallas Chamber Orchestra, the Lakewood Ensemble of Dallas, Mozart-fest of Austin, the Chamber Soloists of Austin, Salon Concerts, and the Victoria Bach Festival. This past year, his final year prior to his retirement from UT, he was co-artistic director and host for the 2010 ICA ClarintFest in Austin.