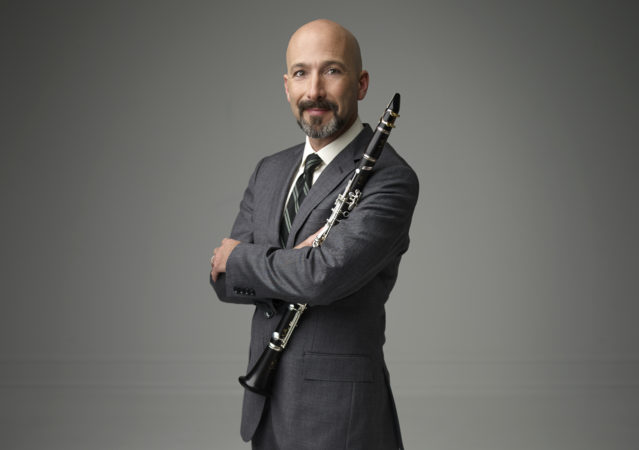 In the fall of 2011, Richie Hawley was appointed professor of clarinet at Rice University’s Shepherd School of Music, which has become one of the nation’s most prestigious music programs at a major university since its dedication 34 years ago. Its orchestral training program, of which Hawley will be a part, is widely considered to be among the very finest. Hawley succeeds Michael Webster, professor of clarinet, who will retire from a distinguished teaching career at the end of this academic year.With his trademark velvety, sonorous tone, Hawley is dedicated to performing chamber music and appears regularly as a chamber musician and recitalist throughout the United States and abroad.Hawley was appointed principal clarinet of the CSO in 1994 at the age of 23, only two years after graduating from the Curtis Institute of Music. He has since enjoyed a rewarding and multifaceted career as an orchestral clarinetist, recitalist, chamber musician, teacher and clinician.As both a performer and an educator, Hawley has been the recipient of several coveted awards. In 1988 his trio, “Trio Con Brio,” won first prize at the Coleman Chamber Music competition. That same year he was one of five musicians to receive the Gold Medal as a Presidential Scholar in the Arts from Ronald Reagan in a ceremony at the White House. He has received the Léni Fé Bland Foundation Career Grant twice, and he was awarded the 2009 Glover Award for Outstanding Teacher of the Year at the University of Cincinnati College-Conservatory of Music’s convocation ceremony.Originally from Los Angeles, Hawley began his clarinet studies with Yehuda Gilad at the Colburn School of Performing Arts at the age 9. He made his orchestral solo debut at age 13, performing Weber with the Los Angeles Philharmonic as the winner of its student stars competition. At age 14 he performed Rossini’s “Introduction, Theme and Variations” at one of the New York Philharmonic’s young person’s subscription concerts as a winner of the Philharmonic’s national talent search competition. While a student of Donald Montanaro at the Curtis Institute of Music, Hawley appeared as a soloist with the Philadelphia Orchestra. Hawley graduated from Curtis in 1992.A Buffet-Crampon artist, Hawley performs on the Tosca model of clarinet. He is also a Rico Performing Artist and Clinician and plays exclusively on the Reserve Classic reeds.