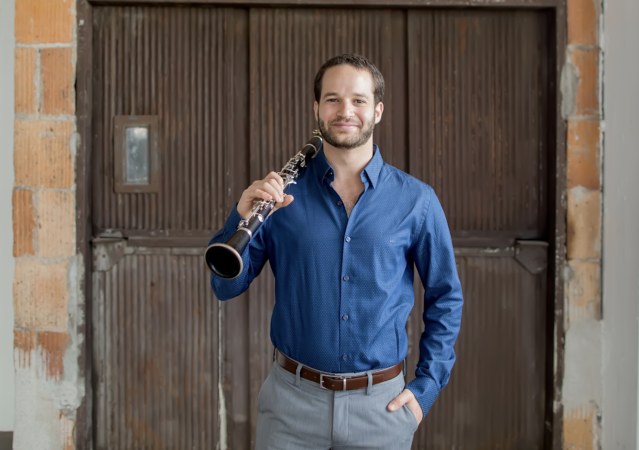 Israeli born clarinetist Ran Kampel enjoys a versatile career of solo, chamber music and orchestral performances. He was the Principal Clarinet of the Jacksonville Symphony, the Interim Principal Clarinet of the Grand Rapids Symphony and a fellow with the New World Symphony. He also has performed as a guest musician with The Cleveland Orchestra and the Saint Paul Chamber Orchestra. During the summers, Ran has performed at Salzburg, Schleswig- Holstein, Tanglewood, Yellow Barn, Krzyżowa-Music, Lakes Area, Aspen, Norfolk, Sarasota, Britten–Pears and Breckenridge music festivals.

A believer in bringing classical music to new audiences in an interactive manner, Ran produced a few innovative concerts with the goal of changing the way classical music is experienced. His “Inside the Music” concerts at the New World Center gave the audience an opportunity to have a closer look into uncovered territories: the rehearsal process of a chamber group, how artistic decisions are reached, how our instruments produce sound, and how seating arrangements on stage can affect the aural and visual experience for the audience. He utilized technological and visual devices to stimulate the audience and make the music use all of their sensory receptors. These concerts are available for streaming online for free via MUSAIC – New World Symphony.

Ran serves as Assistant Professor of clarinet at Baylor University School of Music, and has lead masterclasses around the world, including at the University of Minnesota, Interlochen Arts Academy, Academia Filarmónica de Medellín (AFMED) in Colombia, and Givatyim Conservatory in Israel.