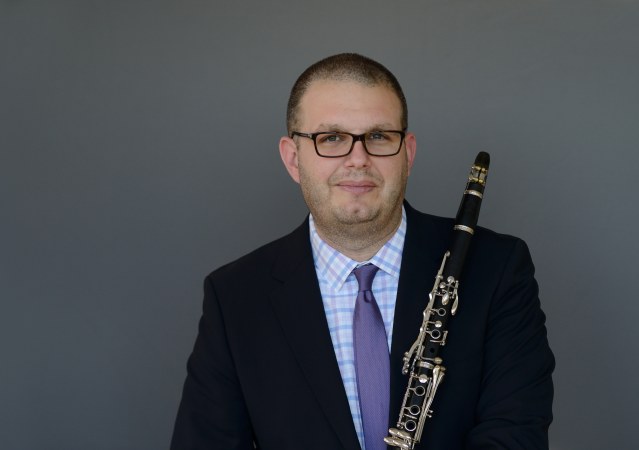 Clarinetist Phillip O. Paglialonga has quickly emerged as one of the leading performers and pedagogues of his generation. His book, Squeak Big: Practical Fundamentals for the Successful Clarinetist was released in August 2015 by Imagine Music Publishing and has garnered significant praise from leading clarinetist including prominent members of the orchestras in Chicago, Detroit, Philadelphia, San Francisco and Seattle, as well as stellar reviews in several major publications.

He is a founding member of the PEN Trio, which is a woodwind trio that regularly tours both in North America and abroad. The trio recorded its debut album, Found Objects, in New York City, which is slated for commercial release in 2018. The album includes new works by composers William Bradbury, Jenni Brandon, M. Shawn Hundley and Aleks Sternfeld-Dunn. In partnership with TrevCo Publishing, the group also curates the PEN Trio Collection, which makes new works as well as critical editions of existing works available to a wider audience. Highlights of the 2017-8 season include concerts in Costa Rica, India, Panama, and the United Kingdom; as well as domestic tours in Arizona, Indiana, and Michigan.

As an orchestral musician, he has been a member of the Haddonfield Symphony, Sarasota Opera Orchestra, and the Walt Disney World Orchestra. He has also appeared with numerous other orchestras including the: Charleston Symphony (SC), Chicago Civic Orchestra, Concertante di Chicago, Florida Orchestra, Fort Wayne Philharmonic, Kalamazoo Symphony, New World Symphony, Orlando Philharmonic, Richmond Symphony, Sarasota Orchestra, and Windsor Symphony (Ontario). He has also participated in numerous summer festivals including the National Repertory Orchestra, the Music Academy of the West in Santa Barbara, and Lake George Opera in Saratoga, New York.

In the fall of 2018, he will be joining the faculty at the University of North Texas as Associate Professor of Clarinet. Dr. Paglialonga is an artist for both Buffet Group USA and Gonzalez Reeds. More information about Dr. Paglialonga is available at www.SqueakBig.com.