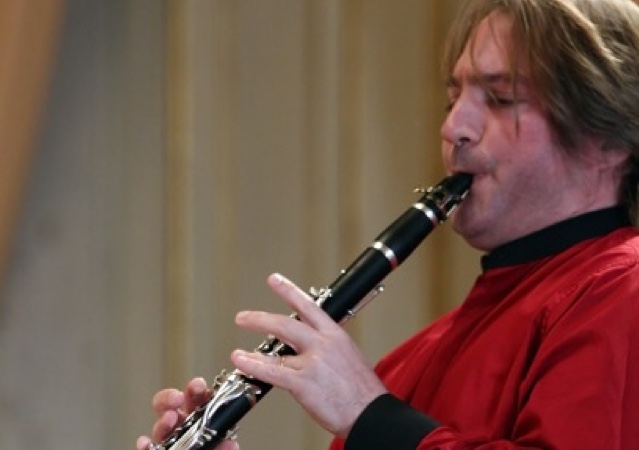 Nuno Silva studied with António Saiote, Hans Deinzer, Pascal Moragués and Hakan Rosengren. In 2001, Nuno Silva graduated in Musicology from the Lisbon University and in 2003, he graduated with a Masters Degree at the California State University Fullerton. During his time as a student, Nuno Silva participated in masterclasses with Guy Deplus, Guy Dangain, Walter Boyekens, Mitchell Lurie and Karl Leister.

"Silva's tone has great core, focus and ring…" in The clarinet

"… Silva has the chops to handle all of this music, and the swing to sell it." in Fanfare Magazine.

Nuno Silva currently holds the position of Principal Clarinet with the Lisbon Metropolitan Orchestra as well as Professor of Clarinet at the Lisbon National Conservatory and the National Superior Orchestra Academy of Lisbon. He is also Artistic Director of the Cultural Association “Cultivarte” that organizes and hosts the Lisbon International Clarinet Competition and Meeting. Nuno Silva is a Buffet Crampon and D’addario Woodwinds artist. His career was mentioned in the magazine Visão as a “journey worthy of national pride” and his biography appears in Gianluca Campagnolo’s book “The Great Clarinettists”.